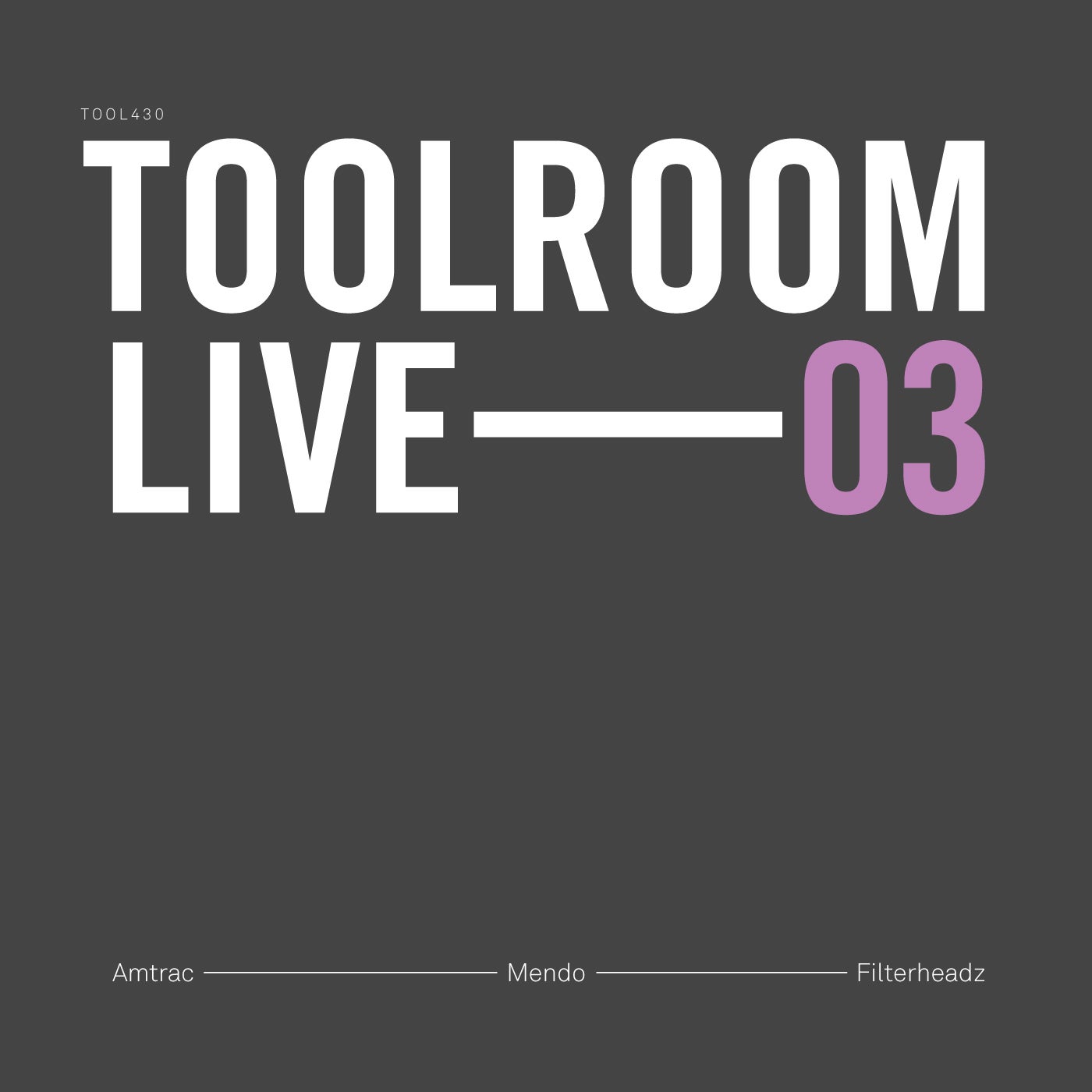 Toolroom returns with the next edition in our successful artist-based 'Live' series with Dance heavyweights Amtrac, Mendo & Filterheadz stepping up to mix 'Toolroom Live 03'.

First up on mixing duties is American based DJ & producer, Caleb Cornett or as he's more commonly known; Amtrac. After the success of his 2014 debut release on the label with 'Those Days', and his latest single 'Hold On' already causing a stir on the underground circuit; Amtrac proves he is on top of his game and a commendable choice to reflect the funkier side of Toolroom. His two killer exclusives 'Arrangin' and 'Can't Stop' showcase this multi-talented artist's production skills and his mix which features an array of exciting talent including Zed Bias, Dennis Ferrer, Jimmy Edgar, KiNK & Copy Paste Soul to name a few, takes you on a journey through the best in underground Deep House with dark, funky rhythms thrown in for good measure.

Next up to the decks is Swiss-based DJ and Toolroom debutant, Mendo. Having released on some of the most respected labels in the industry including Saved, Defected, Terminal M, Noir & Get Physical, and proud owner of his own Clarisse Records imprint, its with great honour we induct this talented producer into the Toolroom family. Mendo has pulled out all the stops with his 'Live' mix, delivering 3 standout exclusives with partner in crime Yvan Genkins, and an exclusive rework of Simone Liberali's best-seller 'Swan'. His mix showcases a handful of his top picks of 2015 from Hot Since 82, Leftwing & Kody, Detlef, Ruben Mandolini, Weiss, Prok & Fitch & Stefano Noferini. A spinner since the age of 15, Mendo is a strong believer of the 'music is life' philosophy and this enthusiasm and passion for his music truly shines through in this first-class mix.

Completing the package are Techno titans and longstanding members of the Toolroom tribe; Filterheadz. Renowned for their energetic DJ sets and powerful signature sound, this dynamic duo deliver an eclectic mix of chugging basslines, rumbling drums & hooky vocals. 2015 has been a good year for the Belgian brothers, with 2 successful EP's on Toolroom Trax, the launch of their own label, Loopglow and a forthcoming artist album on Toolroom expected later in the year; Filterheadz are on a fast-moving train to success and it doesn't look to be slowing down anytime soon! With an impressive 11 exclusive tracks in their mix, Beatport No.1 'Suga' by Technasia & Green Velvet and an A-list track selection from Mark Knight, Chus & Ceballos, Boris, Harry Romero, Christian Smith & Arjun Vagale, this is set to be a stellar third edition of 'Toolroom Live'. We hope you enjoy the musical journey as we showcase the finest Toolroom talent.