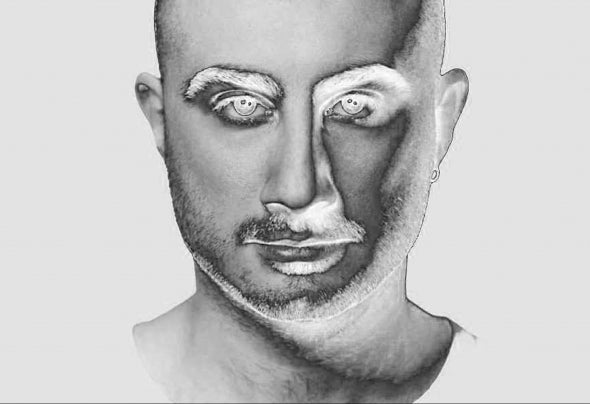 Tuscan born producer/dj, Manuel De Le Mare has spent the past 24 months delivering money-shot releases and remixes, whilst marrying a lifetime of passion and dedication to his love of DJing. This ability within his musical sphere has pricked the interest of global artists like Mark Knight, John Acquaviva and Feddle Le Grand who have all requested his studio talents, whilst leading Beatport to bestow him the award of ‘Best Remixer 2011’, a suitable follow up on his nomination for ‘Best Deep House and Techno Artist’ back in 2010. Emerging as one of the Italy’s forward thinking music creative’s Manuel formulated his own sound by fusing together elements of varying genres which have long been the aural identity of his native country. Combining Italo dance, jackin’ filtered and deep house, rolling techno beats and crossing minimal melodies, Manuel has been able to construct a unique musical presense that is both eclectic and flexible, yet robust and cutting edge – a characterise very much found with his studio releases. Owner of recording imprints 303Lovers and Hotfingers, Manuel started his story in the small Italian town of Barga, before moving south to Pisa where he spent much of his adolescence studying music and learning to play instruments such as the guitar, keyboard, flute, clarinet and sitar. After changing between a several local rock bands, Manual had a chance meeting a young Alex Kenji. The pair hit it off instantly and before long were locked away in each other’s studios trading ideas, working on concepts and producing a flurry of underground club sluggers which would ignite their passion for electronic music. Manuel cites that his remix of Ian Round’s track ‘Dancin’ was the turning point of his career as the track went on to the reach the Top 10 Beatport (the main digital store for electronic music) chart and pick up support from acclaimed stars like Roger Sanchez. Off the back of this remix Manuel’s production skills grabbed the attention of DJs worldwide and he soon found himself remixing for names such as Robbie Rivera. Whilst his remix work was soaring, his solo productions were also making waves with the right people in the scene, mostly of these original releases was his collaboration ‘Ytaca’ with Alex Kenji which was picked up by Pete Tong and selected as an Essential Track on his legendary BBC Radio 1 show. More recently Manuel’s remix of Bellini's classic ‘Samba De Janeiro’ claimed and held the #1 on the Beatport chart of an incredible 4 weeks. Now a doctor in Music, Cinema and Theatre under his belt, Manuel’s progression from being an unknown artist to becoming one who circumnavigates the globe performing and releasing his music to thousands of fans has been incredible short. Making it understandable why he’s able to count amongst his biggest supporters international doyens’ such as Bob Sinclar, Richie Hawtin, Paul Van Dyk, Carl Cox, Axwell and David Guetta. With his music growing in stature on ever release, the demand with his bookings has not been far behind. Already a familiar face at global venues like Ministry of Sound in London, Womb in Tokyo, Sanctuary in Dubai and Fabrik in Madrid, Manuel has managed to procure a global fan base that has enabled him to perform his music throughout Europe, Asia, Middle East, Africa, as well as North and South America. His sound stretches somewhere between house and techno, whilst respectfully treading the line between commercial and credible underground. It is this quality which has led to him having already amassed label credits with some of the scenes finest imprints; Universal, Toolroom, Ministry of Sound, Tiger Records, Spinnin, Definitive and Stealth. The strength of his own recording label, which he runs with Alex Kenji and Luigi Rocca, is a testament to his intelligent foresight within his music. In a little under five years, 303Lovers and Hotfingers have both respectively find themselves being earmarked by major players like Richie Hawtin, Mark Knight, John Acquaviva, Joris Voorn, Sebastien Leger, UMEK and Tiësto, Pete Tong, Bob Sinclar, Roger Sanchez, David Guetta as a solid source of good quality electronic music. Keep pace with the last few years, Manuel has set himself an impressive schedule for 2011 already. First up is his collaboration with Mark Knight on ‘Snapshot’ which will be released through Mark’s own Toolroom Records. To follow Manuel has three original singles in the pipeline, one with Canada’s legendary techno producer John Acquaviva and another with his Hotfingers / 303lovers label partner Luigi Rocca. On the remix front he has a number of exciting projects coming up throughout over the summer. First up is a cut for Fedde Le Grand’s new track ‘Metrum’, he also has been selected to do a remix for one of LA’s finest rock bands, Red Hot Chili Peppers. Other remixes duties include Wally Lopez, Paolo Mojo and one for Sander Van Doorn's new single ‘Love is Darkness’. With so much already in his past, the future has much to offer and having recently won the Beatport Award for ‘Best Remixer 2011’, it’s safe to say the year has kicked off in undeniably strong form for Italy’s new money-shot producer/dj!