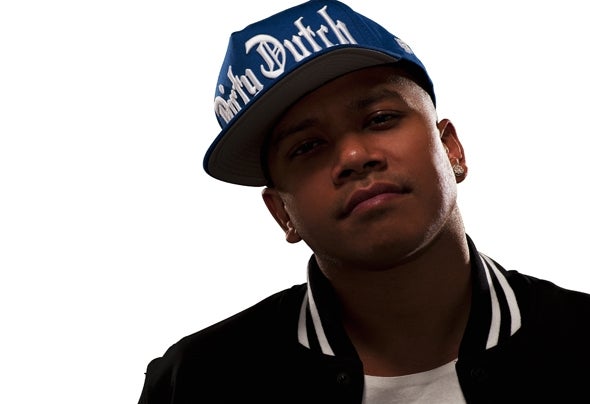 Having risen to fame with chart successes such as ‘Let the Bass Kick’ and ‘Aftershock,’ Chuckie’s career has continued to trace an exponentially upward trajectory that has escalated him into a world-renowned figurehead and tastemaker.As a pioneer of the rapidly proliferating Dirty Dutch sound, which has burst on to the international stage with its fusion of big grooves and livewire synths, he has taken his diverse musical palette worldwide and continues to spread the Chuckie flavour with his explosive beats, impeccable mixing and inimitable charisma.Born in South America, Chuckie (real name Clyde Sergio Narain) later moved to The Netherlands where his passion for hip-hop and electronic music grew and eventually manifested itself in his decision to become a DJ and producer. His energetic mixing skills coupled with an ability to effortlessly blend different musical styles has made Chuckie one of the most in- demand DJs in the world.After winning 2 MOBO awards, Chuckie has proven to be a prolific hit maker in the studio too with a burgeoning back catalogue of highly successful singles and remixes ever since. Since his 2009 hit ‘Let The Bass Kick’ reached no.9 in the UK singles chart; Chuckie has had a continuous run of success with ‘Aftershock’ and ‘Move it 2 The Drum’ to hits ‘Breaking Up’ ft Promise Land, ‘What Happened in Vegas’ and ‘Who Is Ready 2 Jump’. 201 3 has continued this trend with singles like ‘Makes Some Noise’ with Junxterjack, ‘Rocktronica’ alongside Betatraxx & Slash and ‘Down To This’ with Dzeko & Torres further cementing his status as one of dance music’s undisputed titans.A heavily in demand remixer, Chuckie has reworked the likes of David Guetta, Bob Sinclair, The Saturdays, and Eric Morillo before adding official remixes for P Diddy’s Dirty Diddy Money and Michael Jackson to his resume. Indeed Chuckie was the only person asked to do the official remix for the King of Pop’s ‘Hollywood Tonight’ in March 2011, a dream come true for the charismatic Dutchman. Since Chuckie’s multi album artist deal with US label Atlantic Records,He has worked alongside megastars such as of TPain, Tinie Tempah, Kesha, Alexis Jordan, P Diddy, 50 Cent, Lil Jon, and Akon to name a few, with his latest single ‘Making Papers’ adding hip hop heavyweight Lupe Fiasco to that list. His own multi-faceted ‘Dirty Dutch’ concept has evolved over the years from a 6,000 people party into a stadium-filling event attracting international audiences of up to 30,000, a revered record label and a far-reaching musical brand that is home to a number of dance music’s most exciting talents. Reaching a dizzy height, 201 2 saw ‘Dirty Dutch’ take over the Ziggo Dome for the biggest event at the Amsterdam Dance Event. Chuckie’s legendary night, tagged ‘Dirty Dutch Exodus’ is the first ever to showcase electronic dance music in the Z iggo Dome, which was opened by Madonna and been host to A list acts such as Nicki Minaj and Radiohead. T his was quickly followed by another landmark takeover, this time of the world-famous Brixton Academy in London.These events are just part of a touring schedule that is as relentless as it is impressive. Playing headline sets at the world’s premier clubs, from Amnesia and Pacha to LIV and Marquee, Chuckie regularly touches down in a different country each day, skipping across the continents to enthral fans at the most famous events in the world. In addition to residencies across Europe and the US Chuckie also brings chaos to the White Isle each summer as the world’s electronic music fans flock to the clubbing capital of the world, Ibiza. Having been busy touring throughout the first half of 2013 - including a show stopping main stage performance at UMF Miami alongside Guns N Roses guitarist Slash and Betatraxx - the summer promises to be his busiest yet. Having recently launched this year’s Dirty Dutch residency on Mondays at Pacha, which is spread across eight dates throughout the summer, Chuckie will play a slew of festival dates from the first EDC London to Tomorrowland and the first ever Electric Festival in Aruba in September.2011 also saw him joining the BBC Radio 1 team to present his ‘In New DJs We Trust’ show. This aired every month, allowing Chuckie to spin to a huge world- wide audience and show off his undoubted talent behind the decks and this lead to him receiving the coveted TMF “Best Dance DJ” award where he beat off competition from the likes of Dutch heavyweights Tiesto and Armin Van Buuren. 2013 has seen him add his own radio show to his ever-expanding portfolio too with the launch of ‘Dirty Dutch Radio’, which has proved an instant international hit.Together with Amsterdam Dance Event (ADE) Chuckie’s Dirty Dutch organized in September 2013 the first edition of the Electric Festival on Aruba. For three days the Island turned into the hottest dancespot of the Caribbean. In 2014 the next edition will be for five days and the program will be bigger in cooperation with ADE. Another highlight in 2013 took also place on Aruba: Chuckie was asked to play in front of the Dutch King Willem-Alexander and Queen Máxima. Furthermore he founded the Play Foundation. Play Foundation has the primary purpose of bringing the youth closer to their love of music and giving back to the Aruban community. “Music has changed my life and made me the person I am today and my humble wish is to share this with the youth”.In August 2013 Chuckie was decorated as honorary commander of Surinam. Next to that he is also a honorary citizen of Aruba.At the end of 2013 he released Skydive featuring Maiday. New highlights continued to come thick and fast as Chuckie and the Dirty Dutch family remain steadfastly in the ascendant. With a slew of new music on the way and Dirty Dutch’s tenth anniversary just around the corner Chuckie’s next move is yet to be uncovered, but as his stock continues to rise and rise, it seems that Operation Chuckie World Domination is well under way.