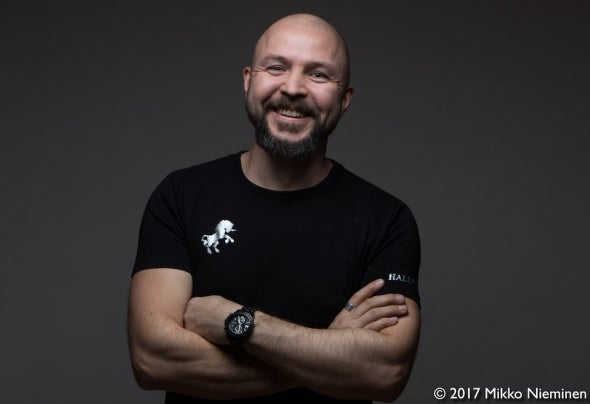 D.N.A began his DJing career by organizing and playing in underground raves in famous groups such as Theta. His ambition is to find untouched venues and new methods to please his ever-growing audience. His gig list includes most of the huge parties and clubs in Finland, such as Hallmark, Labyrinth, Labyrinth Summer Sound System, Illusions, Pacifique, Utopia and Laserpoint. Hallmark's famous afterparties were one of his big successes, and as a resident DJ at his club he went on to form other concepts such as Zero500, parties starting at 5am at various locations almost every weekend. He initiated the Sunday Chill- concept, those being the first Sunday clubs in Finland running from midday until the evening. D.N.A has been playing alongside the biggest DJs and producers in Finland, such as Orkidea, Super8&Tab, Proteus, Darude and many others. From the International stars he has played with Above and Beyond, Solarstone, The Thrillseekers, Jerome Isma-ae, Andy Moor, Yves De Ruiter, Fred Baker, Jochen Miller, Jonas Steur, Menno De Jong and Mark Spoon (RIP). Residencies at Illusions Productions, Sunrise and I Love Kiksu are recently being followed by the ultimate clubbing experience, Hallmark. D.N.A has published tracks Immersion and Tonight via Bonzai Records and recently Frequency Modulated Universe via Pure Progressive - and more is on it’s way!