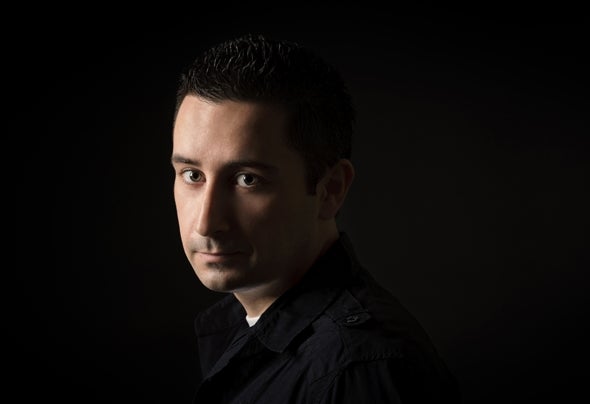 As one of the most promising sounds of 2013, David Broaders seeks to imprint his unique, multifaceted musical melodies upon the world. Hailing from Ireland, this emerging artist has been carefully learning his craft for almost a decade and doesn't rest until each of his productions produce that certain spark that many tracks seem to be missing. His countless years of research have expanded his musical tastes as both a DJ and a producer and he isn't afraid to experiment with many different genres of dance music. Whatever the style may be, you can be sure it will be atmospheric, melodic and danceable.Broaders first touched upon his musical journey in 2002 after discovering Trance legends Ferry Corsten and Benno De Goeij (Rank 1), but didn't come to fruition until he heard Tiesto's legendary In Search Of Sunrise Vol. 3 compilation. As someone who lacked a musical background to begin with, he utilized most of his time collecting vinyls and CD's from his growing library of artists.The more that Broaders immersed himself in electronic music, the more his inner artist yearned to showcase his own interpretation of music towards the world. Finally, in 2006, he began his journey into music production. With a sturdy foundation of true inspirations such as Above & Beyond, Chicane, and even 80's synth pop, Broaders spent the next 6 years putting in countless all nighters and withstanding numerous sacrifices to focus on his dreams of musical creation. He spent every minute reading manuals and tutorials, as well as deconstructing many of his favourite tracks to not only learn the basics, but to thrive and flourish with fresh musical directions.Finally, after many long years of building his skill set from scratch, his overtime hours finally received the recognition they deserved. In 2012, his first single entitled, The Best Is Yet To Come, was signed to Enhanced Recordings and was instantly supported by artists such as Dash Berlin,ATB, Sean Tyas, Giuseppe Ottaviani, Aly & Fila and much more. From there, his second release of Somewhere Special received praise by names such as Ruben De Ronde, Marcus Schossow, Will Holland and Myon & Shane54. More importantly though, it was offered a spot on the legendary In Search For Sunrise series by long time Trance guru, Richard Durand. Broaders finished off his fantastic year by remixing Estiva & Tania Zygar's collaboration Death Of Me, which was arguably one of the biggest Trance tracks of 2012.However, it is 2013 that has truly kick started his career, with a fantastic double header that has gained shining recognition from many of the world's leaders in Trance and Progressive. His Downtempo track of Curracloe received heavy airtime from Above & Beyond, Max Graham and Andy Moor while his brilliant Progressive Trance collaboration of Loss Aversion with Greek producer, Terry Da Libra, was universally acclaimed by Armin van Buuren, Markus Schulz, Paul van Dyk and Tritonal while also breaking the Beatport Trance Top 10 chart. Fresh off of the success of his latest productions, he is only looking to top those accomplishments for the rest of 2013. With plans to kickstart his DJ career as well as a slew of new remixes, originals and collaborations, David Broaders is determined to shine through 2014.