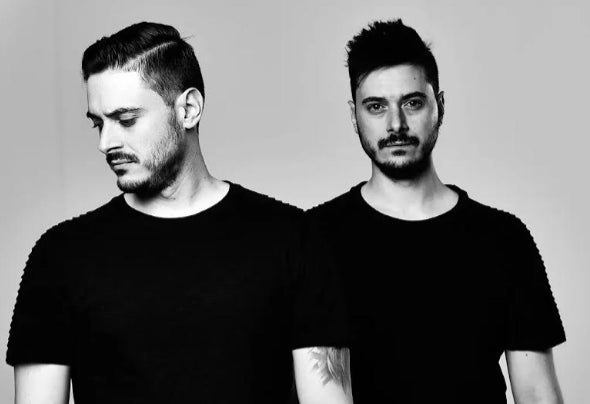 Yoshi & Razner are twin brothers, Spanish trance DJs and producers, born in Madrid. Their production style is Uplifting Trance, in which powerful melodies are joined by long and emotional breaks that convey feelings of epic sonics and explosive drops. An almost cinematic concept! Currently, they are in the TOP30 in the list of worldwide Trance producers according to sales on Beatport (source: Beatstats https://www.beatstats.com/artist/artist/727733 ). Their tracks have been signed by important labels such as Armada, Amsterdam Trance, Nocturnal Knights Music, Regenerate Recordings, VII, Uplift Recordings, Suanda, Surgikal, Monster Tunes and others... Great Djs and producers of the trance scene have mentioned them as "the new talents of trance", "the present and future of trance" and "the creators of a new concept" due to the great evolution of their music in such a short time, since they started their career as producers at the end of 2017. As DJs they are the example of the most absolute rapport, more than 20 years playing together other musical styles and their condition of twin brothers make their coordination perfect. A dynamic, fun and energetic style make their sets unique for the audience. A unique duo. In 2019 they close their first gigs in Spain as trance DJs and currently they have some national and international bookings waiting for the situation to allow the events to take place. The agreements with some of the most important trance labels to launch their new works make their projection for the future unbeatable.