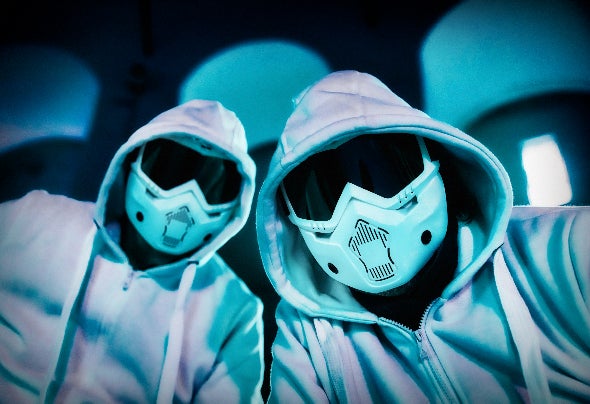 The history of U96 is that of a highly successful career, starting in 1990 with the band’s foundation by Ingo Hauss, Hayo Lewerentz, their former production partner Helmut Hoinkis and DJ Alex Christensen. Only one year later, U96 landed a major hit with their version of the title track of the box office success ‘Das Boot’ (13 weeks at no. 1 in Germany), followed by the same- named debut album which immediately went gold and topped the German album charts. Its successor "Replugged" with its slightly more experimental style, inspired by electro pop as well as ambient and disco sound, corroborated its predecessor’s success a mere twelve months later, clocking up two more top 10 hits, namely the dance tracks ‘Love Sees No Colour’ and ‘Night In Motion’, as well as producing forerunners of the impending trip-hop wave with the more laid-back ‘The Russian’ and ‘Without You’. U96 went on to expand their stylistic range on albums such as Club Bizarre (1995) and Heaven (1996) and presented, along with their established techno base, also cross references to pop, trance, rave and Eurodance. In addition, the group had a top 4 hit with their single ‘Heaven’, a quotation of the Cindy Lauper classic ‘Time After Time’. Things were a little more quiet for the band from Germany’s north in the early 2000s. A number of personnel changes and the split with Alex in 2014 followed. The two original members Hayo Lewerentz and Ingo Hauss subsequently expanded U96’s previous recipe for success by live concerts and DJ Sets featuring a variety of guests. Their new album "20.000 Meilen unter dem Meer" is due to be released in September 2022.