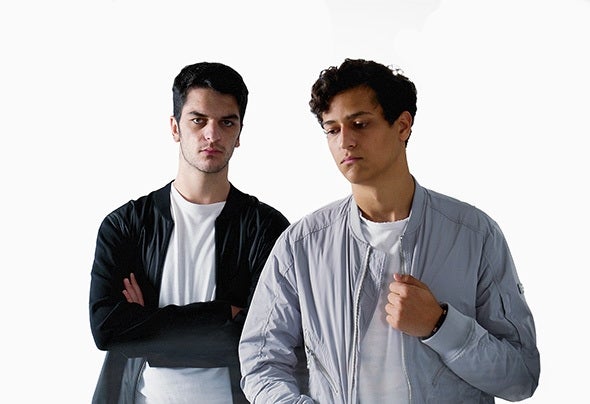 ANG is a duo comprised of Mexican producers Arturo Kahan & Gabriel Haber. Their lifelong passion for music has driven them to create a wide variety of multi- genre tracks, surprising their audience with each release. While ANG's sound could be mainly cataloged as progressive trance, they include big room, heavy bass progressive, and electro house elements in each song. In the past 3 years, ANG's energetic productions have racked up plays all over the world in major festivals and nightclubs by the likes of Tiesto, Dimitri Vegas and Like Mike, Martin Garrix, Hardwell, Nicky Romero, W&W, Blasterjaxx, The Chainsmokers, David Guetta, and much more. ANG's earlier work includes a trance fused, heavy bass remix for Ryos' "Eclipse" which reached #2 on Beatport's Pulse Chart and a heavy hitting, unrelenting collaboration with Swede Dreams named "Smasher" These were followed by a genre-defying, multi- BPM, Arabian influenced track named "Guzheng", produced along with Amir Karim & Jeroen D This track was premiered on the Ultra Main Stage in 2016 by Blasterjaxx. Their remix for WildOnes "You Dancing" achieved great success, reaching #57 on the Beatport Top 100 Chart.To wrap up the year of 2016 they released a really crowd pleasing and dynamic collaboration with Husman and Renstone, "Can't Hold Us". ANG kicked off 2017 by releasing their single "Take Me Away" on Blasterjaxx's label, Maxximize Records under Spinnin'. Months later they surprised their fans with an official remix for dutch duo Blasterjaxx on their XX Files track "More". Now they released their massive track"Shift" with REGGIO which is doing some dancefloor damage all over the globe and reached #4 on Beatport's Big Room Chart! As DJ's, they're also having a positive impact on the scene. They recently released a massive dancefloor hit called "Donut" with Netherlands duo Syzz on Hardwell's imprint Revealed Recordings.They have played and headlined festivals such as EDC Mexico, Electric Oasis, Beat Teens and more!