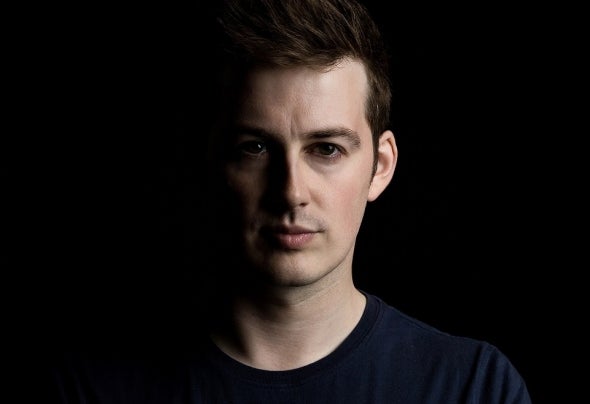 As one of the fastest rising stars in UK Dance music, Davey Asprey is taking giant steps up through club land, with his eyes tightly fixed on the top spot. His technical ability is a quality exhibition to witness and no show passes without Davey impressing with his dexterous deck talents.Born and raised in Walsall, a small town in the West Midlands, Davey built his appetite for music at a young age, steered by his mothers New Wave collection. His early interest in electronic music progressed into a passion for Trance, which guided Davey to the mecca of Dance music, Ibiza. During his time on the white isle, he made the journey to see his hero, Eddie Halliwell, at super-club Amnesia; this would be the foundation that his dreams were to inflate on.Eager to keep himself at the front of the pack, Davey, alike to most Dance music success stories, took to the studio to back-up his DJ talents. The Rapture, Fallout, ERA, Outworld and remixes for Ernesto vs Bastian, N2O vs Cell X, Filterheadz and Markus Schulz were all globally acknowledged and confirmed Davey as much more than just a DJ – a complete package that has proven his worth among the top tier.Armada, Future Sound Of Egypt, Kearnage, Rielism, Black Hole Recordings, Universal Nation, Monster Tunes and many more were convinced enough to release Davey’s tracks, all of which could be heard across the globe in the most prominent of Dance music venues, supported by many of the greats such as Armin Van Buuren, Paul Van Dyk, Markus Schulz, Ferry Corsten and Paul Oakenfold, as well as several tracks featuring in MIXMAG.Davey’s future can only be thriving if his recent endeavours are any indication of his path. “Keep an eye out for this fella!” - The words of Judge Jules. Who could dispute Davey’s case as a legend in the making?