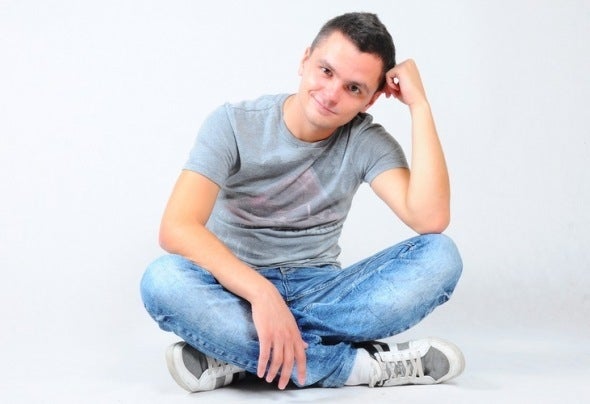 Lomakin Dmitry 'Ultimate' - the young talented producer fromRussia, was brought up in a small town called Shchelkovowhich is situated near Moscow. From an early age, Dmitrywas fond of playing the Piano. As part of his education, hestudied at professional music school. At the age of 17,Dmitry first took an interest in electronic music, after hearingsuch artists as: AT B, Tiesto, Armin Van Buuren, it wasnt longafter, that he became a big fan of this genre.After a couple of years, Dmitry thought it was time to try outproducing, where he began to use such software as FruityLoops, Cubase and Ableton. It didnt take long for his musicto take shape, with his first tracks being noticed by many.Continuing to improve his sound, Dmitry went on to choosethe alias – 'Ultimate'. He debuted with his DJing in smallparties in the Moscow region. He co-hosts his own radioshow «Energy Euphorica» which is broadcasted to 2011year.T he first outstanding success did not take too long. In thebeginning of 2008 Ultimate signed his first contract with theBritish label «Resonate», which was to release two of histracks, “Lost Forever” and “Ascension”, the 2 tracksreceived a lot of great support from DJ's all over the world.T he release became a hit for many fans of melodious dancemusic. T he success of his first 2 track has served as ahuge push for furthering the development of his sound.Upto date, Dmitry`s discography totals about 30 successfultracks and the remixes which have been released on knownlabels such Unearthed, Infrasonic, Timeline, Resonate andMondo. A lot of his productions have been played on suchradio shows as A State Of Trance, Trance Around T heWorld, Music For Balearic People etc. With 10 new projectsin the pipeline, Dmitry does not intend on stopping. In thenear future, he plans to be start work on his first artistalbum.