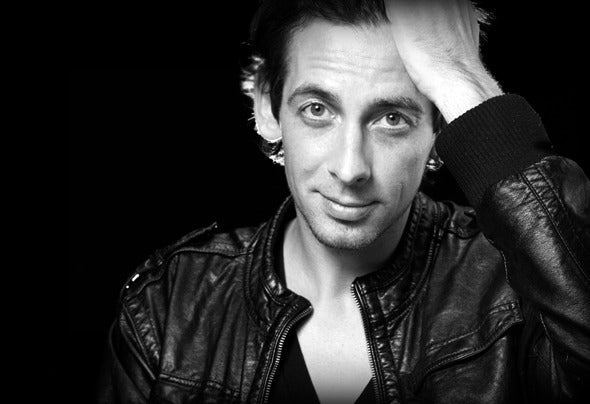 Berlin based DJ / producer & labelowner Marc van Linden has already produced a series of - big in demand must have - tracks & remixes. His recent solo singles I Like It, Summerbreeze (Stone & Van Linden), Gotta Let You Go (with Amanda Wilson), There ́s Nothing I Won ́t Do (with Shena), as well his past releases like Wackelpeter (with DJ legend & the founder of "Loveparade" - Dr. Motte), AM 2 PM, Kickback & London Approved are genuine club smashers and were pushed & played by many of the global players like Paul van Dyk, Ferry Corsten, Tiesto, to name a few.Marc ́s DJ & producer career started back in 1996 where he was signed to various german independent labels but the past couple of years his career has made huge leaps forward enabling him to play many events in the A league!!At the beginning of 2003 Marc van Linden delivered a series of quality remixes which further helped him to spread his name all over the world and gain the well earned respect from the global DJ community. These include his remixes of Ferry Corsten ́s Starparty - I ́m In Love, Marc et Claude feat. Maria Nayler - Free Spirit, and his outstanding remixes on Paul van Dyk ́s label Vandit Records, Ministry Of Sound & Alphabet City.Marc is currently busy travelling around the globe promoting & presenting his typical MVL-SOUND. Marc has already performed in the UK (Turnmills/The Gallery, Ministry Of Sound), Loveparade, Womb in Tokyo, Eden – Ibiza, countries that have hosted Marc van Linden are USA, Japan, Australia, China, Canada, Thailand, Indonesia, Sweden, Estonia, Poland, to name a few of his worldwide stops.Forthcoming in 2013, Marc will release his second artist album.