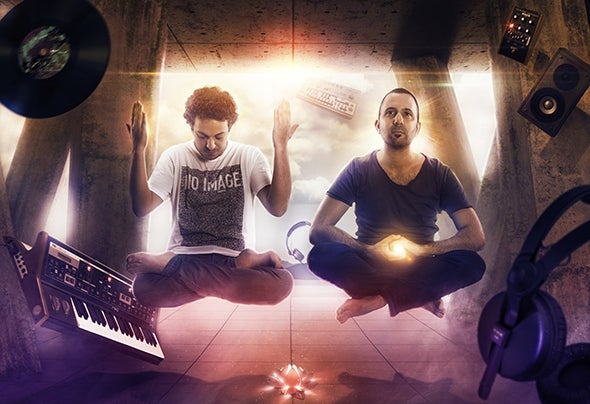 Vini Vici is the new project of Aviram Saharai & Matan Kadosh, both well-known, experienced electronic music producers, and was formed with an intention to express their love for the old school sound, paired with progressive ideas. Iboga Records and FM Bookings, widely considered to be the biggest pstrance label and booking agency, were the first to see the potential of the project and invited them to be part of their well respected family.After the huge success of their premier EP 'Divine Mode' and their follow-up ‘Back Underground’, ‘Expender’, ‘Anything & Everything’, and ‘Veni Vidi Vici’ tracks, they have continued to produce outstanding tracks which have gained them increasing attention. Legendary psytrance pioneers Infected Mushroom named them “the best upcoming psytrance artists at the moment” in 2015.They continued to make history early in 2016 with their Vini Vici Remix of ‘Hilight Tribe - Free Tibet’, which gained over 15,000,000 views on YouTube and landed the No.2 spot on Beatport’s Main chart, becoming the first psytrance track ever to have entered the Main Top 10.Their energy-filled tunes have led a new wave of fans and producers to their style, and caught the attention of none other than Armin Van Buuren. They have since released a massive collab with him called ‘Great Spirit’ feat. Hilight Tribe, which gained over 1,000,000 YouTube views in just 2 weeks and reached No.4 on Beatport’s Main Chart. They continue to spread psytrance energy all over the world, with over 220 shows in 2016 at some of the most prestigious electronic music events around the globe (A State Of Trance Festival NL, Tomorrowland BE, Boom Festival PT, Electric Daisy Carnival in U.S.A, Ultra BR, Dreamstate U.S.A, Transmission CZ, Experience BR, Vuuv DE, Sunburn GOA, Luminosity NL, Earthcore AU, Unity IL just to name a few...).Armin van Buuren: “I’ve wanted to work with Vini Vici ever since they embarked on the music scene. Few acts have such a well-defined signature sound”