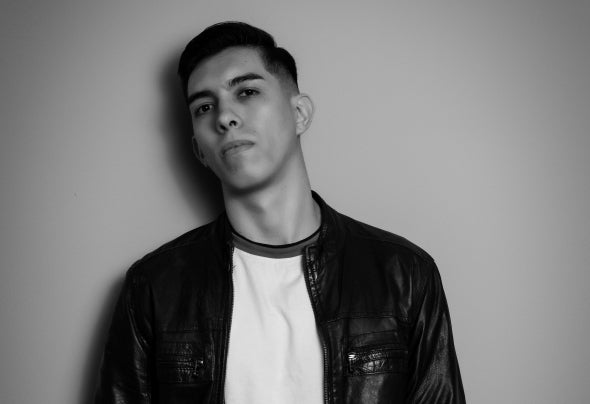 Steve Dekay, Colombian producer of Trance music. His music has gone around the world, his tracks have been signed by major labels such as Armada Music, Vandit Records, FSOE, Black Hole, Coldharbour and many more. His hit 'Radhe' released on Armin’s label WAO138!? played by Armin van Buuren in the big festivals around the world and #ASOT radio show, also the big mash-up made by Armin between his track 'Not Giving Up One Love w/ Sophie Ellis-Bextor' vs 'Radhe'. One of his best tracks, is his collaboration with Dutch producer Allen Watts called ‘Hologram’ played on the best festivals around the world and reaching the #3 position on the Beatport Trance Top 100. Other tracks like Krishna, Musa, Aurora, The Blooming Era, Astral, Abraxas; have become a hit in the last months, being thus played by big names and occupying important positions in the charts. In 2018 he release one of his great productions in collaboration with the legend Paul van Dyk, track included on the Paul’s album 'Music Rescues Me', released under Vandit Records. Steve manages to produce 2 collaboration with who for him is his greatest inuence, Mr. Paul van Dyk. Steve is currently releasing music under Armada Music, specially on WAO138!? being one of the most frequent artists in this label. He’s also releasing music frequently under Vandit Records and FSOE Recordings, His music has been played around the world by big names like Aly & Fila, Armin van Buuren, Paul van Dyk, Solarstone, Giuseppe Ottaviani, Marco V, MarLo, Ferry Corsten, Sean Tyas to name a few, and have reached the top 8 for some times at Beatport Trance top 100. As DJ, Steve has shared stage with DJ’s like Paul van Dyk, Cosmic Gate, Sander van Doorn, Sunnery James & Ryan Marciano, Sean Tyas, Will Atkinson, Solarstone to name a few. Steve was awarded as the best producer in the CDA awards, held in his country Colombia.