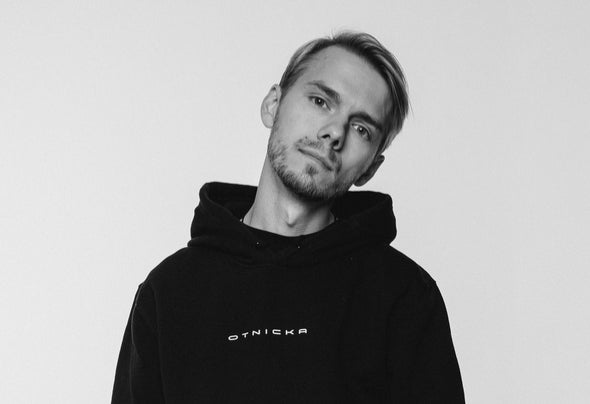 Alexey Stanulevich (better known as Otnicka ; рус. - Óтника) — is a Belarusian musician, music producer, songwriter. He is best known for his stylistically diverse and consistently thrilling body of work as well as for his collaborations with Argentine musician, composer and producer, two-time "Oscar" Award winner Gustavo Santaolalla . Having tried himself in various genres for several years, the result was the creation of his own unique style and the creation of the project "Otnicka" in 2014. • A prolific sound producer Otnicka has released many popular singles and remixes including “Where Are You”, "Babel", "Mandoline", "Emirates" and etc. • In 2020 alone, his releases racked up in excess of 200 million views on online platforms and spent time in the top 100 on a host of different streaming services. • That same year, Otnicka’s pulsating rework of Argentinian composer Gustavo Santaolalla’s Babel score became a major hit. It led to a second collaboration in “Bailarín”—a track by Santaolalla’s band Bajofondo—where Otnicka remoulded the original’s neo- tango inflections into a slice of gloriously chilled electro. The song "Where Are You" took 8th place on the Shazam (Electronic) world chart and many leading positions in individual countries on iTunes. The releases of "Babel" and "Where are You" have repeatedly (during 2020-2021) entered and still remain in the Top 100 on various streaming platforms in many countries.