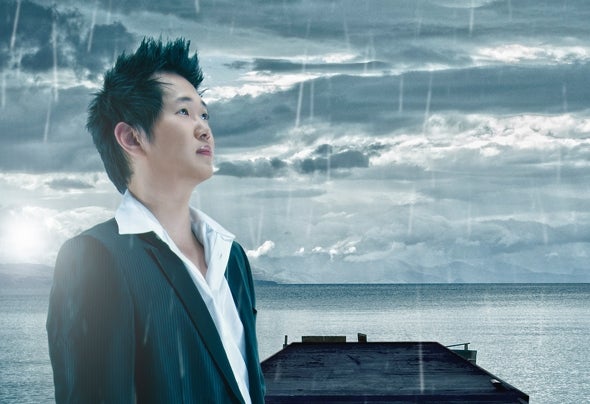 Born in Jakarta , Louis Tan, aka LTN, first settled in Perth WA, but soon found himself on the move to capture a piece of Australia’s Leading dance music culture...to where else, but Melbourne. Discovering his creative genes and following his dream of wanting to produce music, LTN started his own production 2 years ago with one ofwell known producer, DJ Klasic (Australia, Producer/DJ).LTN has had dance music flowing through his veins since the age of 15. In 1996 LTN picked up his first set of turntables and never looked back. His natural ability to create tunes and melodies that have been stored in his head for many years, have finally had the chance to be released. LTN finds inspiration from artists such as Armin Van Buuren, Markus Schulz, Andy Moor, etc. In his home studio, several great tracks have been created that satisfy his fan’s need for a sound that can be described as the perfect arrangement of soothing trance melodies, groovy techno percussion and funky bass lines.Along the journey of pursuing his long time dream, LTN gain experience and his own crowd in several competitions that he participate, which include Rise and Ambar Club Competition in Perth, 3D Club in Melbourne. LTN also been requested to be guest DJ in several radios. He worked closely with Klasic for the past two years to fine tunes his formulated with his produced tracks. As a producer LTN has found himself at the forefront of the global revolution of dance music.After getting his start as a producer a little over 2 years ago LTN has now entered into the industry as an artist that is receiving acclaim from artists all over the globe. LTN has now signed his three tracks to label, Pure Trax Recordings owned by a well know DJ/Producer in Europe, Mr Groove and Vergas. His EP will be release on vinyl and digital on January 2008. Alongside his production he has been producing bootleg remixes as well as doing production work for other local DJs here in Australia. Now LTN has been signed to Bonzai, System, Solaris as a winner of Solarstone’s Next Big Things, Sonar Eclipse and Alter Ego Recs. LTN's recent productions have been receiving praise and support from artists such as DJ Shah, Mark Pledger, Solarstone, Peter Dubs, Config, Basic Perspective, JPL, Tenthu, Andy Moor, DJ Shah, Arnej, Myon and Shane54, Ronski Speed and more. Being a native of the Australia region, LTN has played at some of the biggest parties and most prestigious clubs in the region. LTN has performed at events alongside artists such as Thrillseekers, Mike, Cosmic Gate, Kyau n Albert, Tom Colontonio, Judge Jules, Paul Van Dyk, Armin Van Buuren, Sean Tyas, Ronski Speed, Nitrous Oxide, Robert Nickson, Menno De Jong, Sophie Sugar, and many more. Look out for LTN’s latest productions and event dates for 2011 and beyond.