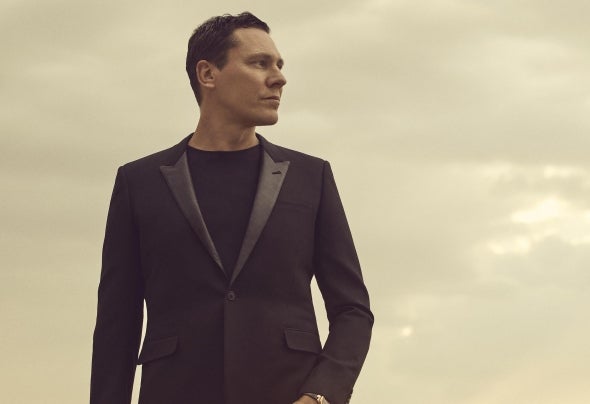 Tiesto is a performer who has transcended musical genres to create a global “Tiesto” brand. His achievements include: a Grammy nomination, numerous MTV awards, performing at the opening ceremony of the 2004 Athens Olympic Games to an audience of billions, and even a wax statue at Madame Tussauds. With over 11 million friends on Facebook, 1 million followers on Twitter, close to 300 million hits on YouTube, his globally syndicated Club Life radio show as well as his Club Life iTunes artist podcast (#1 music podcast globally), Tiesto has truly become a universal phenomenon. Voted ‘The Greatest DJ Of All Time’ by Mixmag in 2011, Tiesto has worked with superstars such as Kanye West, Coldplay, Katy Perry, Nelly Furtado, Yeah Yeah Yeahs, Goldfrapp and many more.Having completed his 2010 Kaleidoscope World Tour (15 months, 175 dates, playing to 1,000,000+ people across 6 continents) Tiesto had yet another relentless year in 2011. Key endeavors included the release of his highly anticipated “Club Life - Volume One Las Vegas” mix album and tour; brand new singles “Work Hard Play Hard”, “Maximal Crazy” and “Tornado” (w/ Steve Aoki); the launch of his CLVB LIFE clothing brand; performance at the launch party of “Mission Impossible Ghost Protocol” (streamed internationally via Coca Cola) and remix of the “Mission Impossible theme”; and the ground breaking “Club Life College Invasion Tour” which saw Tiesto embark on a two- week tour of college campuses across the United States. The tour culminated with a sold out event at the Home Depot Center in Los Angeles where Tiesto performed before an audience of 26,000 fans – making it the largest single headline DJ show in United States history.Tiesto has carried all this momentum into 2012 with a series of unique promotions including a brand new exclusive residency with XS at the Wynn Las Vegas; performing the first concert live-streamed on Twitter (in partnership with HP and Intel); his 10-part “In The Booth” YouTube documentary series; and the launch of his brand new state of the art mobile app for iPhone and IPod Touch. The coming months will see the launch of Tiesto’s own Sirius XM channel, the release of his “Club Life - Volume 2 Miami” mix album and a headline performance at Ultra Music Festival in Miami, amongst many other projects. Established in 2010, Tiesto's self-owned record label, Musical Freedom, is home to all of his own releases as well as those of other artists. Musical Freedom holds a number of gold and platinum records with each release hand-selected by Tiesto himself.