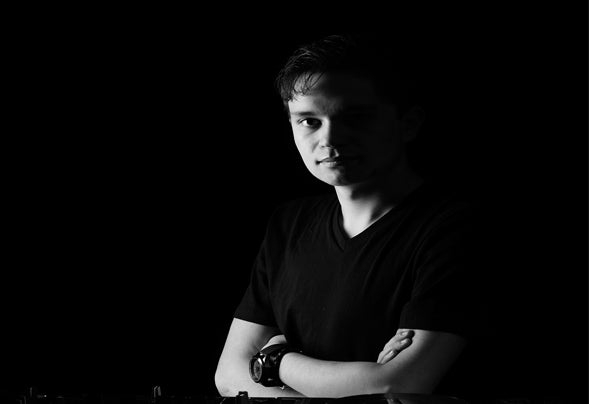 When music’s your goal, it takes a strong will and determined mind to live it. Driven by the bass and steered by creativity, we find up and coming DJ/producer Brian Johnson. With relentless energy, his sounds have begun to roar from the underground, heading for mainstage domains. Packing five years of DJ experience, the New Mexico based talent has made waves under his T-LUXX moniker, clocking up no less than 50 gigs a year. With big plans and an even bigger ambition, it’s only a matter of time until he meets the world.Brian had some heavy health issues, causing him to give up his dream to be a major league baseball player. Instead, he used his recovery time to learn the ropes of the DJ & producer scene. It was music that kept him going, as he locked himself up in his basement for hours and hours, mastering the art he now fully owns. Fast forward to 5 years later and we find T-LUXX sharing the stage with the likes of Headhunterz, Zomboy, CandyLand, MAKO and Party Favor. Choosing music has brought him a successful win at New Mexico’s Sun City Music Festival DJ Contest, a residency in Albuquerque’s Lotus and Gravity clubs and gigs all across the state. His annual Play It Forward charity event raises an average $2000 for the local homeless teen shelter, a cause he continues to support. Eager to conquer more stages, rock the world’s festivals and see clubs all around the globe, T-LUXX doesn’t let his nickname ‘The Kid’ play down his passion.Going against the tide, the youngster doesn’t follow any trend, but relies on his own instinct and producing what feels right. Whether that be the sturdy sound of progressive house or any other electronic dance music genre, as long as it’s got the right energy and flow, it ends up in his sets. With a masterplan in mind and the right mix of talent and determination, T-LUXX might just be the next big thing you’ll hear about. And yes, you might want to listen up.