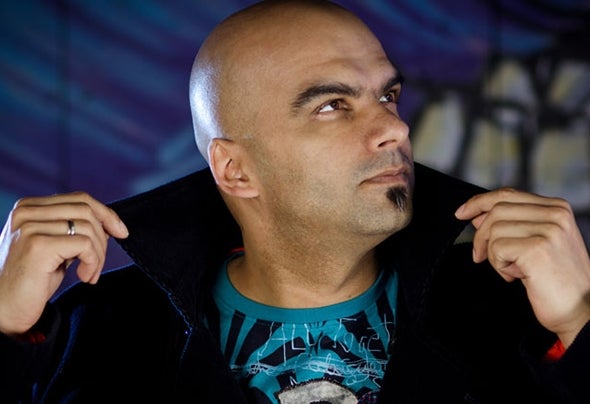 Intro:On stage he is impossible to miss. Wireless keyboard in one hand, an ever-ready clutch of his own productions in the other, his live, crowd- interacting performances have brought an entirely new experience to clubs, arenas and festivals worldwide. In 2012 this unequalled approach was reflected in DJ Magazine’s Top 100 chart, when he entered the poll for the fifth consecutive year, landing at #84. As a music producer he’s scaled the heights of national charts and with 7 artist albums & compilations released in the last 3 years alone. He is very possibly the most prolific electronic dance musician working today. He is Roger Shah...The ‘Songbook’ & ‘Openminded!?’ Albums:The quickest produce of the Magic Island/Armada deal was Roger’s first artist album, ‘Songbook’. Embraced by both press and fans alike, it was much praised for its innovative dual club and acoustic versions approach. Singles taken from it like ‘Going Wrong’ ft. Armin van Buuren & Chris Jones... A top 5 smash in Dutch national charts. ‘Don’t Wake Me Up’ (a Top 100 sales chart hit in Holland again) & ‘Who Will Find Me’ (a Top 20 ASOT Tune of the Year in 2008) proved to be particularly popular.The album was followed in July 2011 with Roger’s first long-player under his own name and one that was put in the form of a question. ‘Openminded!?’ included vocal collaborations with (amongst others) Sian Kosheen, Moya ‘Clannad’ Brennan and Carla Werner. It retained the dual disc style approach that had proved so popular with fans, but expanded the musical remit further still to include live instrumentation, World Music influences, acoustic track treatments and huge full orchestra movie score type of music. Highly praised for its expanded scope, Raveline magazine said that the “‘Openminded!?’ album shines a new light on Shah’s sound...” and that it was “jaw-dropping on every listen”. MIXMAG magazine gave it a September Album of the Month award and it also claimed the Album of the Week on Germany’s national Sunshine Live radio station and its single release ‘Morning Star’ with Moya Brennan reached a #1 in the airplay charts. ‘Hide U’ – Roger & Sian Kosheen’s ’Openminded!? cover of the dance classic – went Top 5 in the Club charts while the Openminded!? album recently went to #2 in Mexico.Live & DJ Performances:In late 2008 Shah changed his stage name, dropping the ‘DJ’ prefix and revising it to Roger Shah. This move signalled a shift away from straightforward DJ sets, which he’d found increasingly limiting. Numerous countries around the world have subsequently played host to the performances. Hot- spots like Sydney, Ibiza, Argentina, Poland, Russia & India have been rocked, with Roger performing at tent-pole events including the ASOT550, I Love Kiev, Gatecrasher’s NYE & Judgement Sundays. In October of 2010 Shah sold-out a solo, 4000 capacity event for Foro Corona in Mexico, where he played for six hours incorporating 65 of his tracks and 18 live performances into the night. He also had his first Ibiza residency for summer 2011 in the world’s biggest club Privilege playing for Gatecrasher on a weekly basis.Sunlounger:Sunlounger is without doubt Roger’s best known nom de plume. It was under this handle that he released the ‘Another Day on The Terrace’ long- player in 2008. It reached No.1 on Dutch iTunes’ ‘all- music-genres’ chart and spawned four singles (‘In & Out’, ‘Aguas Blancas’, ‘Crawling’ & ‘White Sand’). The project become so celebrated that Roger expanded Sunlounger into a live act – a performance of which was featured on Armada’s ArminOnly DVD. It was this experience that he credits with being the catalytic point of his move to live Roger Shah performances. In 2009 Roger released the Sunlounger follow-up ‘Sunny Tales’, with progeny singles included ‘Catwalk’, ‘Mediterranean Flower’, ‘Change Your Mind’. It also contained the much- revered ‘Lost’ – a track that took the illustrious ‘Single of 2008’ title on the ASOT radio show. His third album outing under the name, ‘The Beach Side of Life’ (released in autumn 2010) brought 12 more sun-kissed tracks to fans, including collaborations with vocalist including Zara Taylor, Inger Hansen & Antonia Lucas.‘Magic Island: Music For Balearic People’ − The Radio Show:Broadcasting weekly, Magic Island – Music For Balearic People is a 2 hour radio show carried by the famous DI-fm station and is currently being syndicated to many other countries, most recent additions including Mexico and Jordan. Presented by Roger every Friday between 21.00 GMT (22:00 CET), it showcases Roger’ sense for a wide range of music and a trip to a lot of different EDM genres. Remixes:Shah has reworked tracks for legendary vocalists like Sarah McLachlan and Nadia Ali. He’s also remixed tunes for a litany of dance-masters including Tiesto, Armin Van Buuren, Mark Norman, York, Cosmic Gate, Josh Gabriel, Johan Gielen, System F, The Thrillseekers, Solarstone, Three Drives, Matt Darey & Oceanlab, also Roger has rewired Andain’s ‘Beautiful Things ‘10’ and Richard Durand’s ‘Always The Sun’. In 2011 he remixed Mory Kante vs Loverush UK – Yeke Yeke (#1 UK dance charts), Three Drives – Greece 2000, Armin van Buuren – Love Too Hard, Loverush UK ft Carla Werner – Give Me Your Love and recently a brand new Bryan Adams single called ‘Tonight in Babylon’ which he did in collaboration with Loverush Uk‘Magic Island: Music For Balearic People’ − The Compilations:Roger’s compilation series has so far seen three outings (2007, 2008 & 2010). Encapsulating everything Roger stands for musically, their intrinsically White Island make-up has sound-tracked an uncountable number of clubbers holidays. Roger typically uses the compilations as first-listen holders for future singles & collaborations, with Vol.4 being released at the end of 2012.