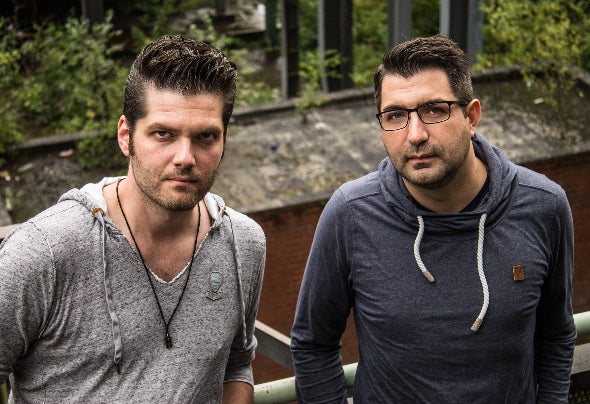 We, the artists behind this pseudonym, are called Daniel and Mike. The two of us are from Germany and together we follow our passion, which is producing melodic and relaxing tunes. We have been producing music since 1999. Our first remix, which was released by Drop Out Recordings and published in 2004, emerged from a cooperation with the Bass Bumpers Crew around Caba Kroll and Damage Control. Since 2011 we have been producing music in collaboration with the label Stereo Poems, which is hosted by Uli Poeppelbaum aka Spacekid/ Sequential One. Ever since then we have been two of the label’s resident artists. The diversity of our musical experiences includes the production and the release of several singles, numerous remixes and two albums. The latest album is called Sunset ep and it allows its listeners to dive into a world of relaxing house sounds and enables them to be part of a very special atmosphere, which brings them to a unique state of inner balance. As a result of our cooperation with Jay Frog and his label Dance of Toads, we also released two singles. Furthermore, we had the great opportunity to, together with Dieter Stemmer/ Dance Nation, produce an official remix of Café del Mar. Finally, we have reached a milestone with regard to the history of our musical career. We areenormously proud to be able to announce that we cooperated with York/ Torsten Stenzel. The fact that we had the chance to release a 2020 version of his and his brother’s Trance evergreen The Awakening, which was published by Armada Music in April 2020, honors us and was the fulfilment ofa childhood dream