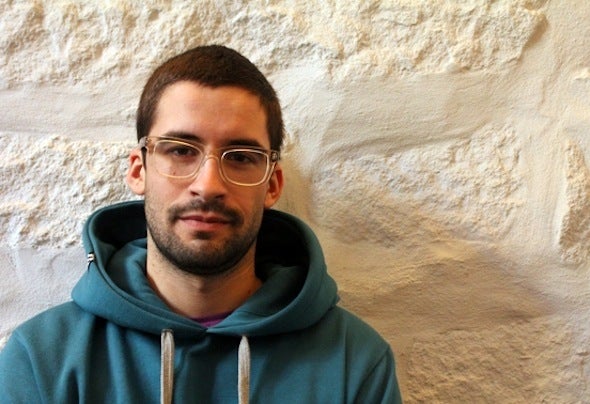 Alvaro Martins, a music lover, was born in Oporto on 9 September 1989. From an early age music was present, living his childhood to the sound of great music style like Pop- Rock of 80's and 90's. His music love makes the 8- year-old join a music school to take lessons in classical piano and further explore what gave his pleasure.A open mind since kid gets his first contact with electronic music soon... the rhythms, the melodies, grooves led him to realize that he had discovered what would later be part of his life.In 2009 Alvaro Martins start to produce is own music style just for fun, but, by his friend encouragement he take the production more serious sending his music to worldwide Labels. At the moment has some released EPs on European labels and by the production get his biggest objective conclude when February five of 2011 plays out of Portugal, Morlox in Berlin was the Club for a Code2 Record night. 2011 continue releasing tracks and start been supported by Mu|o, a 100% Portuguese urban-wear shop. Create with two friends a really nice project called KEEP IT FRESH, a podcast with the famous artists from Portugal and two international artists so far; Scan Mode from Spain and No Artificial Colours from UK.To 2012 will keep the work to get better on his productions expecting nice releases.