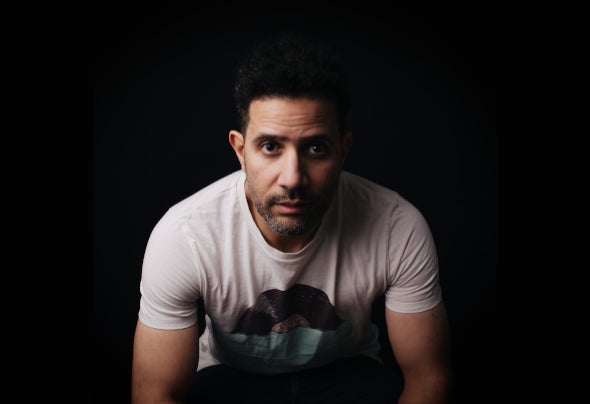 Electronic music for discos and radios - from Tokyo to Moscow via London, Paris, and pretty much every major city in Europe... A true international by birth, Moussa Clarke boasts a long-standing illustrious career on the global DJ circuit, with a reputation for seriously rocking whichever party he's let loose on. Think music with a groove in its step, a melancholy longing in its heart, and acid house on its mind, a bit like Chic and Depeche Mode getting loved up with 808 State at a warehouse rave. Moussa is also no stranger to the studio, with a plethora of remixes and releases under his belt, club and chart stormers alike. From his early studio outings back in the 90s/early 00s as Party Faithful, Tzant and the chart-bothering PF Project, to the U2-sampling "New Year's Dub", to later remixes for dance floor luminaries such as Wally Lopez and Jody Wisternoff, to his Beatport-topping "She Wants Him", right up to his more recent clubland outings with vocalists such as Kosheen’s Sian Evans, Moussa is forever looking to push forward his production skills and creativity. He is also the driving force behind labels Glamour Punk and Fine Coincidence (together with long time collaborator and balearic maestro Tomasz Guiddo)