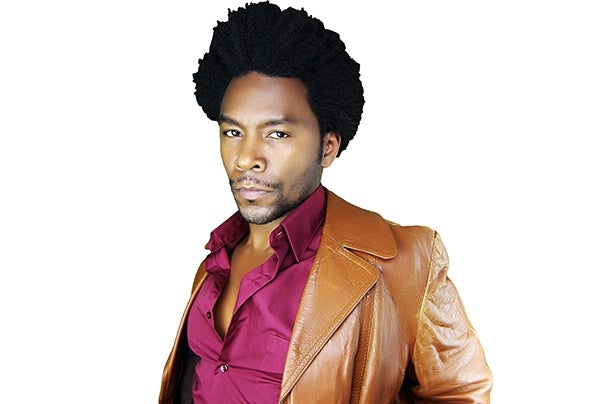 COREY ANDREW has made it his trademark to deliver some of the biggest vocal club bangers in recent years. As one of the most sought after vocalists and collaborators in dance music, on June 12th 2010 the Grammy voting member and BMI songwriter scored a Billboard Breakout with “Dancefloor Emergency” - a hot club collaboration with veteran legendary Producer and Remixer, Eddie Amador (Madonna, Seal, Jason Derulo). Having first landed on Roger Sanchez’ Top 10 and soared to #1 at Beatport with his massive remake of Marshall Jefferson's "Move Your Body" (Produced by Peter Brown AKA The Grower & Remixed by Jesse Garcia), Corey’s chart success also includes rising to #2 on the Beatport Electro Chart with "Move Your Body”, #11 at France’s DJBuzz.com with his Strictly Rhythm/Soltrenz release, “Lies Love & Passion, # 1 on the Top Spain chart with “Stormy Weather” (Produced by Jesse Garcia, David Penn Remix) and countless Top 10 Beatport DJ charts. Tapping into his years of experience as both a musician and entertainment copywriter (Sony, Music Choice, L'Oreal), Corey Andrew's DJ mixes perfectly showcase his love of the vibrantly eclectic. The blending of progressive house gems and classic club favorites - combined with his talent for performing riveting live vocals makes him one of the hottest new DJ acts to emerge. No stranger to the production of floor destroying peak-time masterpieces, Corey has released hit tracks with Eddie Thoneick, Denis The Menace & Big World, Noir, DJ Exacta, Jesse Garcia and more. He has been remixed by the likes of Jerry Ropero, Hex Hector, Richard Grey and Muzzaik. Inspired by legendary New York City DJ’s such as Junior Vasquez and Victor Calderone, Corey himself is a veteran of the Big Apple’s massive warehouse club landscape of the 90’s and these wonder years in New York greatly shaped his DJ sensibilities. Corey explains, “Junior, Hex and Victor are masters of the craft and I spent many weekends dancing for hours to their wicked sets but I was also taking mental notes as I was developing my own DJ style. It’s great to have been inspired by such talent but of course you still need to have your own style”. With his tracks licensed on over 100 successful dance music compilations from top labels such as Sony, EMI, Kontor, Hed Kandi, Stealth Records, Ministry of Sound, Housesessions, Milk & Sugar and more, Corey signed a co-publishing admin deal with Cloud 9 Music in Holland in 2009. The major music- publishing firm is an extension of the famed Armada Music Group, representing the publishing interests of mega stars such as Markus Schultz, Armin Van Burren and Kaskade. In the company of such great artists it’s clear to see that Corey Andrew’s path is leading him straight up to the top! Check out Corey’s video nightlife show “The Core Factor TV” on Youtube.