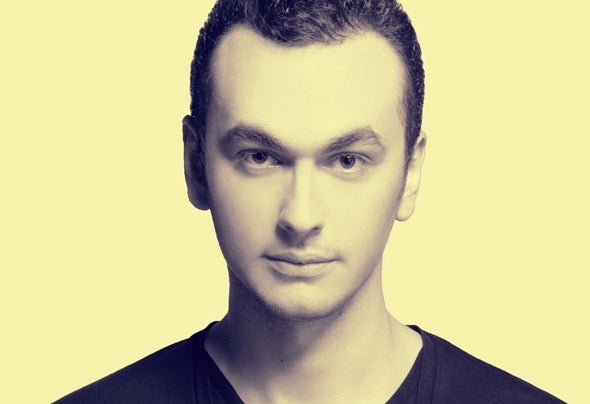 Moscow DJ and producer Dmitriy Marchenkov, known as JCB, - started his career in the capital’s club Discoteque (DJ MAG #75 world positions), and now he is a member of the Kiev label Mulen Records team, rather its Russian department. The musician is in charge of the progressive radio show HyperReality, and keeps attracting clubbers with his dance floor orientated tech house, saturated with the melodiousness, and presenting all this in an extravagant manner. JCB’s mastery had touched the heart not only the hundreds of fans, but also such giants of the world electronic scene as Mark Knight, Hernan Cattaneo, Richie Hawtin, Matthew Dekay, Dennis Ferrer and many others. Recently, JCB released the EP - Of My Body on Highway Records, and it was his first work on the influential Russian label, run by Mike Spirit. Among the labels JCB worked with – are well known European recordings such as British Skint and Spanish Insert Coin and Beatfreak. The last work on Highway gathered tech house tracks, with a qualitative remix from Serge Que, one of Monaque project members, who had releases on Get Physical, Renaissance and Traum. «Of My Body» also consists of interesting remixes from Asaga and JCB’s colleagues from Mulen Records - iO duet.He is well-acknowledged for his uncompromising style, fresh touch and extravagant performance, which became familiar to many fans of electronic music and world club industry professionals, such as Richie Hawtin, Mark Knight, Hernan Cattaneo, Matthew Dekay, Wally Lopez and may others. His dj sets are full of audacity of dancefloor-oriented techno- house in connection with a soulful melodies.Add his talent to share emotions with people on the dance floor to it and you will got a perfect show with a complete music structure and pure emotions!