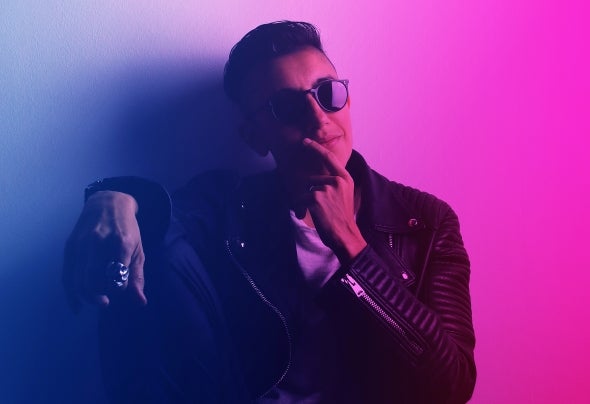 LAU -------> Pronounced /lɑu:/ (aka Laura Fares), a long-time singer, songwriter, drummer and prominent figure in the Synthwave and Retrowave scenes. After years of writing for other artists (most known for co-writing and singing on NINA's Classic Synthwave albums 'Sleepwalking' and 'Synthian', which reached #1 on the iTunes Electronic Album charts in Canada, #2 in USA, #6 in UK/Germany and #8 in Sweden in 2020), releasing her own music was a natural step for this multi-talented artist. Her music blends Retrowave and Synthwave influences with Pop and 80s synths. LAU has toured the world performing and writing with different artists including Sam Sparro, Clean Bandit, Ricky Martin, Taio Cruz, Big Black Delta, The Wanted, NINA and many more and had the pleasure to open for acts like Adele, Robyn, Erasure, The Presets, Fatboy Slim, Rita Ora and One Direction. LAU is signed to Aztec Records and Aztec Music Publishing of which she's Creative Director. Her debut album is due in 2020.