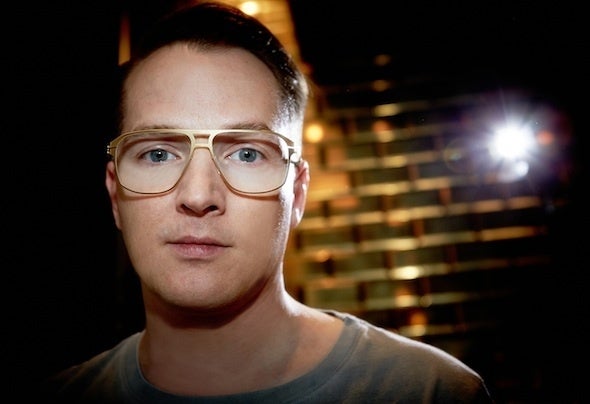 Martin Landsky has now been living and breathing underground house and techno for almost three decades. Sure, when he first started out in the early eighties he was mainly playing to school friends, but dance music and DJing had already got him under their spell, and it’s been that way ever since. After experimenting with homemade mixtapes and breakdancing in local crews, house and techno arrived in his Hamburg hometown and he fell immediately in love. Soon graduating to playing ‘proper’ DJ sets in clubs around Germany, Martin was amongst the first to be playing these new electronic sounds and even had his own night at the legendary Front Club, where he became known for his fresh selections. Now, years later, there is barely a club or festival anywhere in the world that he hasn’t headlined. Largely inspired by black music, it wasn’t long before Martin began crafting his own productions and a debut release came in 1997 on MC Projects London. It was the start of what has turned out to be an illustrious production career that now takes in underground hits like ‘Bloodhound’ (which was remixed by Steve Bug and got re-released as a certified classic in 2009 on an esteemed Decks Records sub label) as well as the huge underground anthem that joined together DJs from all backgrounds, namely the ubiquitous ‘1000 Miles’ on Poker Flat. A key member of Steve Bug’s Poker Flat family, Martin also released his debut LP, In Between, on the same label in 2001. Other successes that define the slick, sleek and seductive house and tech fusions Martin serves up are ‘The Composer’, also on Poker Flat , ‘Morning Caffeine’ on Mobilee and many more besides. What’s more, as a remixer, Martin’s unique touches have been put on music by everyone from Booka Shade to John Tejada, Miss Kittin to Pan-Pot. “I like to experiment,” says the Berlin based Martin. “I don’t follow one style. I have no templates at all, but my music has to be deep and has to have balls.” Anyone who has danced to one of the man’s considered and coherent sets around the world will attest to that: they are compelling things that call up a diverse array of genres, not just the latest big hits, and importantly never lose sight of an essential groove. In the background to all this, Martin has also worked for Container Distribution and later for Word And Sound – one of the world’s largest distributers – since 1995, but has also been boss of his own label. Effortil Records (later renamed Intim Recordings) ran from 1998 until 2002 and was responsible for Phonique’s very first two releases as well as Marco Resmann’s debut and won plenty of acclaim with DJs and dancers alike. Martin continues to work on new EPs and exciting collaborations and after so long in the game has a truly 360 degree understanding of dance music. It is for that reason that he is such a vital part of house and techno’s underground world.