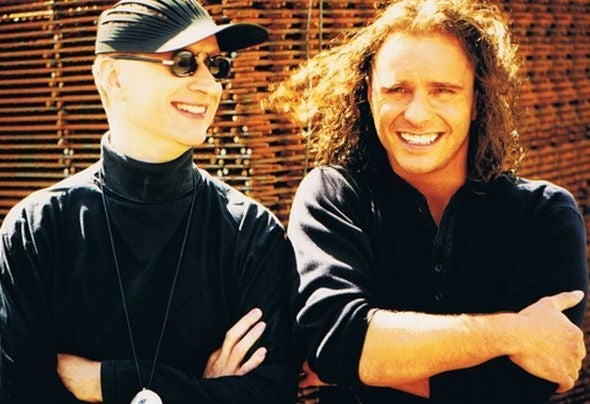 Mikerobenics is a techno project from Stuttgart by the producers Chris Maico Schmidt aka Mike S. and Ben Elvis Mettin.Mikerobenics is the followup of Cybordelics. The name is made up out of the members Mike and Ben, as well as parts of the predecessor project. Mikerobenics have made remixes for artists like Marco Zaffarano, Microwave Prince and DJ Khetama.In September 1994 their debut single "Diadora / Julika" appeared on Harthouse Frankfurt. "Julika" became their most successful single in form of the "Comes too late Mix".After Harthouse's disappearance, they released their first LP on their own label "Suspect Records".In 1996 they moved to Under Cover Music where they were successful with numerous releases on the sublabel "Global Ambition (GamB)" until 1997. Their LP “Das Was und das Wie“ on GamB was highly celebrated in England. 24 (!) Years later, a comeback seems possible.Over 15 remixes of current acts appear on the cult label "BluFin Records" in Cologne.This Megapack of "Julika`s Comes To Late Mix" is about to be followed by a new LP, even though Ben (Austin) and Mike (Cologne) are separated by a 8,378.77 km air line.