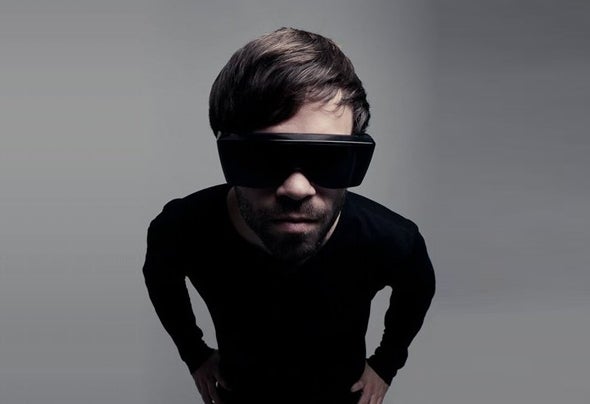 David Keno’s signature lies in lacing floor-oriented beats with a distinct melodic touch. He is a master of sampled melody, folding and coaxing unexpected sounds into rhythmic accompaniment. The honking brass of “Karacho”, the pitched-down disco distortion of “Upside Down”, and the folksy feel of “Tout Le Temps” have all received regular peak-time workouts throughout his career.The Swiss-born, Berlin-based producer, DJ and label owner had a start like many others, playing the guitar and drums as a youngster, and joining various rock bands, but it was in falling for artists like Mike Oldfield, Pink Floyd and Depeche Mode that he discovered a deep love of electronic music.David burst onto the scene in 2005 when early productions made with a drum machine and a vintage Korg synthesizer were eagerly snapped up by the Pocketgame label, and his debut EP Bubble Bath was released under the artist alias Vernis. David has since has released original productions under his own name for labels such as Trapez, Stil vor Talent, Morris Audio, and Riva Starr’s Snatch Records imprint, and he is a primary artist of the Trapez and Kindisch label identities. In January 2007 David launched his own flagship imprint Keno Records. KenoRecords01, Liquid, was a huge success, finding favour with many influential DJs, and the label has become a platform for David, his friends, and his collaborators, like Jaxson, Inexcess, and DJs With Bad Haircuts.David’s dependable dancefloor energy has complemented with a slew of co-productions, particularly in his work with Jaxson, M.in, and Evan Baggs that has resulted in club bombs with Yellow Tail, Cr2 Sonido, Robsoul and Frankie. David has also crafted remixes for Samuel L. Session, Minilogue, G- Man, and even 80s heroes Trans-X who commissioned a remix for "Living On Video" for ZYX Music. With the recent release of his mix compilation Kindisch Steps II, a bursting international schedule of DJ and live sets, and the Jaxson & David Keno debut album was just released, 2012 is David Keno’s most successful year yet.