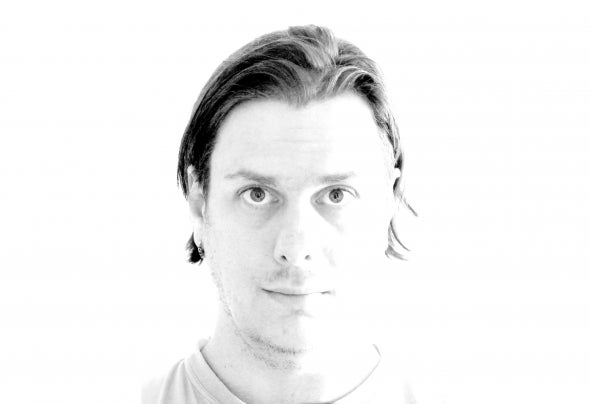 Sascha Kloeber is artist, producer, live Act and more... Growing up with the techno sound of Frankfurt's clubs like Omen and Wild Pitch Club (Ata&Heiko/mso) in the 90's, he started producing his own electronic music. Sascha Kloeber was one of the first computer-only club-liveacts in the 90's - playing on local partys near Frankfurt and underground raves. Doing music all the time, it became the most important thing in his life. So it was no big suprise, that music became his profession. After playing in some bands, guitar and bass, Sascha decided 2006 to concentrate more on club music again. Afer playing live in Frankfurt's clubs, he released his first vinyl EP on Patrick Lindsey's Label "Funkwelle". Over the years, he expanded to write and mix music for advertising, TV, bands and other projects. He also started 2005 to run a german Ableton Live Community, where he shares know-how about Ableton Live and producing. Although the most live act's today are done with this software, Sascha decided to play his live sets without computer and laptop. While producing songs for well known DJ's in the background, he released music on his real name at Inclusion Records (runned by Martin Woerner) and Microtonal Records. But he stopped producing for other DJ's and began to find his own style of melodic and groovy deep minimal house techno, being tired of producing usual style like the rest. Instead he likes to surprise and sound different then the most others. For example his Song "You are my anyone" turns in the end into a "James- Holden-like" neo-trance style after 4 minutes of deep minimal beats. Afer long time of work, Sascha will start his own Vinyl Label called "Partina Records" in 2012.