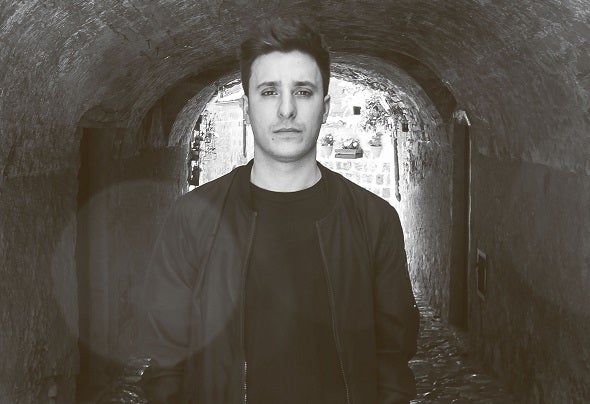 Andy Bros a.k.a. Antimo Argenziano, was born in 1987.In the first years of his life he comes in contact with music, thanks to his father, fond of vinyls, and his brother, piano player and dj.An unbelievable travel through rhythms, sounds and different generations, brings him more and more closer to that consolle he has being looking at for years...Since he’s a child he follows his brother to several parties, standing in a corner all the time, looking at his brother’s hands giving his all.We’re in the 90’s and the House Music of the best USA labels is his favourite music.Some years later, in 2001, Andy starts living music as dj, finally it’s his own hands controlling the consolle and choosing records. It’s a an overwhelming passion.As years go bye, he improves his skills and his taste in music, deeply influenced by the overseas sound.Several genres have characterized his first 10 years as dj, from House to current Electronic Deep, with deeper roots in Jazz, Soul and Funky.His sets can be synthesized in a strong and swinging “sonorous magma“. He loves to extemporize, but sensibly, by taking care of technique and the right sound matching.In 2009, motivated by his strong desire to deepen the study of music, he becomes sound engineer, after attending a 2 years course at the “Spazio Musica” school.It seems obvious, by listening to his last productions,howhis travel through different sounds still goes on making Andy Bros an eclectic and complete artist, not afraid to experiment new genres giving them his own identity.