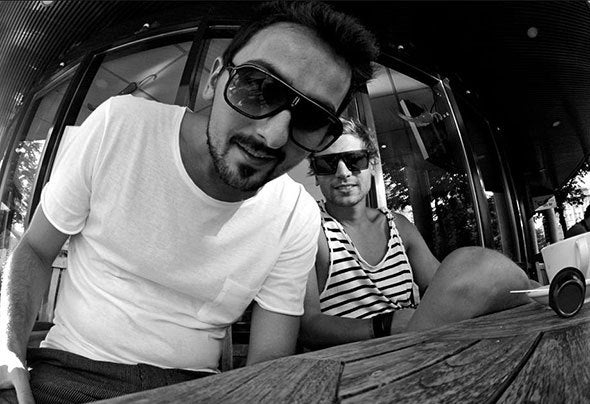 Sous Sol's music is generated by two individuals, Teo and Lukas, who are putting their entire personalities into their art. At the young age of six, Teo learned to play the piano, which later inspired over a decade of DJing. Lukas first found his love for DJing in 1996 and has since incorporated other sounds into his repertoire, including 12 years experience with the saxophone. Both artists have used their musical backgrounds to excel in creating unique tracks. For the last two years the dynamic duo has been working hard in the studio. Since, they’ve seen a rapid increase in their fan base and demand for their music from both, local and foreign clubs alike, which leads to shows at Kater Blau, Wilde Renate and “Mir Dir Festival” in Berlin, Habitat in Hamburg or Plötzlich am Meer Festival in Poland for example. In Switzerland Sous Sol are veterans mixing music and can frequently be heard at popular club such as Nordstern, Hive, Friedas Büxe, Supermarket or Klaus in Zurich (Zurich), as well as at ROK and Uferlos in their hometown Lucerne. Their releases have been published on imprints like Sol Selectas, Katermukke, Hive Audio, Gorge's Re:fresh Your Mind and on Mihai Popoviciu's Cyclic Records. Additional stations include: What Happens, Bondage Music, Feines Tier and Marcus Meinhardt's Heinz Music. Lukas is also the manager of the club Uferlos in Lucerne, which gives him a good look behind the scenes.