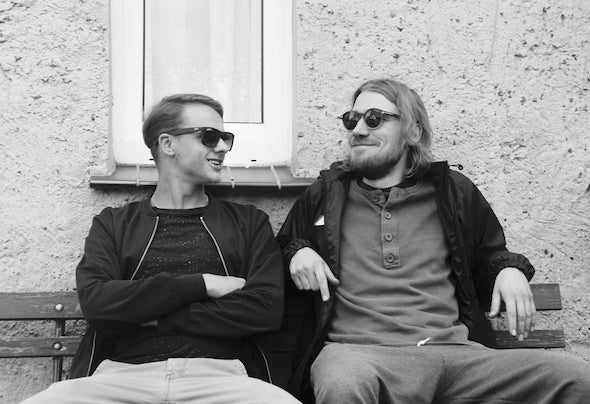 Peng Peng – That's how it sounds when a dance floor is hit by a double strike of sudden pressure. When this happens, the lower sound spectrum boosts from the speakers like a seismic force of nature, creating a vibe that is dark and dirty. Whereas the higher sound spectrum is like a weightless counterpart, full of subtle melodies and trippy rhythm fragments. Peng Peng – Music that hits your head, that hits your feet, and that goes straight to your heart. There's a good reason why the groove of Peng Peng is so dynamic and ever-evolving. It's the result of an ongoing duel between two creative minds, shooting ideas and inspiration at one another. Both of them are already well known in the world of electronic dance music. There's Dolph, a long-year Hip Hop and Slow Electronica producer who eventually started a successful career on the 4-to-the-oor circuit. And there's Meerkats, an expert on dance oor dynamics thanks to his extensive experience as a DJ and party-goer. Nowadays based in Berlin the two of them share a deep passion for black humour, for minor chords, and for badass car subwoofers. The perfect basis for friendship – and for a music project that stands out. One moment it's a casual House groove, the next moment it turns into delirious ecstasy. Then again there's serious hypnotism going on somewhere between minimalist rhythms and monumental bass lines, and a few minutes later the listener is surrounded by explosive Funk. The most consequent elements in the sound of Peng Peng are inventiveness and ongoing modulation – and that's why it is just made for extensive live acts.