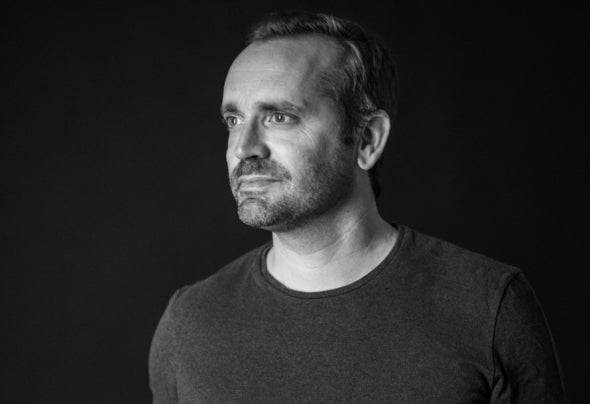 Acumen, Antoine Garcin, is a French Producer / DJ with a back catalogue stemming releases on the likes of Diynamic, Last Night On Earth, Suara, Selador, Get Physical and his own Time Has Changed imprint. Born a Parisian, but now living in his home of Avignon, Acumen has been making music since the 2000’s as a self taught artist with every creation coming direct from the musical ear. Although self taught and with parents that weren’t musically interested, music has always been at the forefront of his life whether it be Rock or Electronic. The Clash played a huge roll in the early years before the electronic and house bug took a hold, with the likes of Depeche Mode acting as that stepping stone to what is now a fully fledged career path in electronic music. DJing was the first door to open alongside friends, however the creative aspect soon appealed to Acumen as he set his sights on the studio. "I was very quickly fascinated by musical creation, by what a good, melodious piece could do to people. The ecstasy, the trance that can be instilled on a dance floor." - Acumen Aside from music, Acumen prides himself as a family fan, which is apparent when looking across the album releases to date. The first of which, dedicated to his first born son ‘My Superhero’, was followed by ‘My Girls’ a full LP dedicated to the women in his family, both of which dropping on his own label of Time Has Changed. His secondary career is Pharmacy, one which demonstrates the professionalism of Acumen across industries, being able to balance an impressive musical career, full time business and family. Time Has Changed was born in 2007 at a time when the balance between studies and a passion for music were at heads with one another. Now more than ten years later the label has flourished, releasing the likes of Oxia, Betoko, Alex Niggemann, Mihai Popoviciu and Barem, and is regarded as one of the key players within the French music scene, delivering dance floor bound tech house. Over the years Acumen has got behind the decks in some of the worlds top venues, including the infamous Panorama Bar and Paris’ Rex Club. With a string of recent releases on Sasha’s Last Night On Earth and Selador all landing well within the Beatport Top 100, Acumen has now demonstrated his talent as an artist, creating a pathway which is certainly bound for the top. The third in a series of album releases is set for release later into 2018 and will once again showcase his versatility in the studio and is aptly named ‘Brune’ after his youngest daughter.