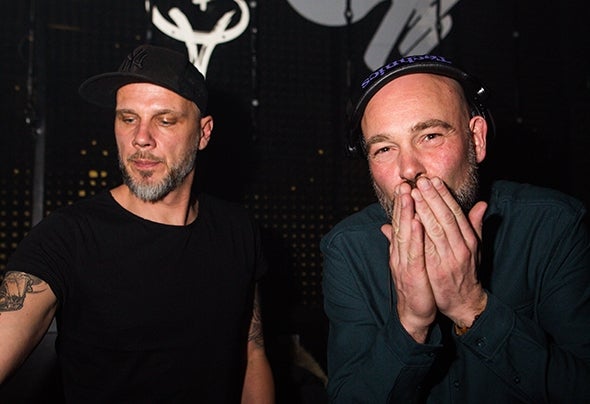 Comprised of two seasoned and respected veterans on the electronic music circuit in their own right the German duo of Hillmann & Neufang with its members Kai Hillmann and Oliver Neufang has been making waves on the scene since 2012 – as a DJ team, studio production force as well as event and festival promoters with their involvement in the ever growing and highly acclaimed Lucky Lake Festival. Formed out of a shared passion for electronic music, especially for Deep Melodic Techno, shared experiences and a long lasting friendship going way back, Kai hillmann & Oliver Neufang nally decided to join forces and amalgamate the essence of their respective careers to create something new – and successful. With both of them being experienced DJ’s, producers, remixers, party and festival promoters in their own right the combined musical force presented by Hillmann & Neufang surely is bigger than its single parts – and their combined knowledge and far reaching history surely does show on stage. No matter if the duo is playing festivals all over Germany, rocking Boiler Room sessions in faraway places like French Polynesia, mesmerizingg clubs in Mexico or Bora Bora or if Hillmann & Neufang are touring all over Europe from Switzerland to Russia, from Luxembourg to Italy to Macedonia and beyond, the result is likely to be the same - an audience hypnotized by the duos trademark sound and energetic, barnstorming performance, an ever growing fanbase and a demand for them to come back reected in an ever busy tour schedule and more collected air miles weekend in and weekend out. Their shared unapologetic love and vision for a Deep Melodic Techno sound is reected in Hillmann & Neufang releases on labels like Heinz Music, Dear Deer Records, Keno Records, Odonien Records, Colore, RH2, Variety Music and others which have found their way to many danceoors in recent years.