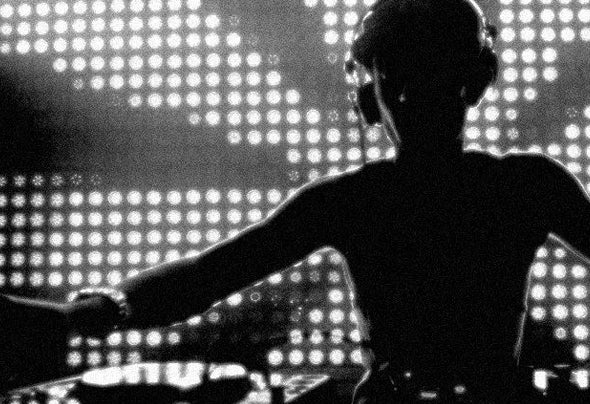 Owner of the exquisite House & Garage imprint Domino Effect. With a huge sound influenced greatly by 90's Speed Garage and House, Nicks delicate yet raw approach to the turntables is rare to see, and the energy he can bring to the crowd, unparalleled. Growing up in a city that never sleeps, his career has had many fine moments up and down the country. And the number of A-listers hes had the chance to perform with is long winded!From Todd Terry, Carl Cox, Deadmau5, Laidback Luke, Steve Angello, Mark Knight, Funkagenda, & Dirty South to Aston Shuffle, Chris Lake, Will Bailey, Micky Slim, Crookers, Bart B More, Hoxton Whores & Kim Fai... to name but a few!Hes had chart topping electro hits on a number of download stores including Beatport.com, from his sleazy organ remake of 'Bon Garcons - Freek U', to the Huge Monster Remix of 'Movin' originally 'Kickin in the Beat'...Nick is a keen fan though of the homegrown talent that resides in Leeds. His peers, Marcus Young (Purrfect), Graham Dixon (Back2Mine), John Marshall (Purrfect), Marc Leaf (Kissdafunk) have all been the biggest influences in his DJ career, during those amazing years that Leeds held its own as the party capital of the UK!Foremost his gratitude can only go to one man that made it possible for all this to happen, Eugene, his life long friend and Promoter whom he shared all the very best times alongside and still does to this day.Nick has taken a year out of production to develop the website you are using right now. During this time he has found a new sense of direction, and plans to get back to the studio for the International leg of his career... His efforts in the UK have done him well but such a talent needs to spread his wings!