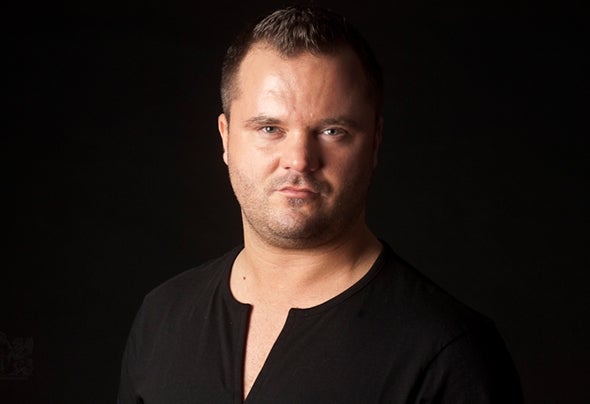 ván Dornyei aka Soneec turned fully towards electronic music in the mid ’90s being influenced by Jazz, Soul & Hip-Hop. Many dominant figures of the genre has shaped his musical thinking. Sounds ranging from Detroit & London, to dirty shaking electronics and classically orchestrated vocal house tunes he has always found something which pleased his ears. Such diversity tucked together deserved a ticket to the professionnal electronic music community. He soon became a popular DJ as the resident of the Hungarian era’s dominant clubs and events like Sziget Festival, Studio, Hungexpo, Palace. His musical style is mainly House but he takes advantage of the foundation of his two Record Labels, LIP Recordings and Dublife Music set up in 2005. The labels’ releases were licensed by some of the World’s leading labels such as Cafe Del Mar, Stealth, Release Yourself, Subliminal,Toolroom,King Street . The same year, he joined the Disco*shit project which is a unique DJ-radio project in Hungary. He hosts the Sunday evening program together with Attila Bárány who is the founder of B-Sensual events and Danny L from Muzzaik. His first tracks came to light at this time. Over the years his style has continuously been evolving and moving towards to more sophisticated jazzy sounds. His Dj sets cover the whole spectrum of House. Nowadays he not only plays in his own country, he is often invited to play abroad in the World’s most famous clubs and events such as MOS ( London), Turnmills ( London), Panama (Amsterdam), Es Paradis (Ibiza), ADE (Amsterdam) and his tracks and remixes are signed by some of the scene’s most prestigious labels.