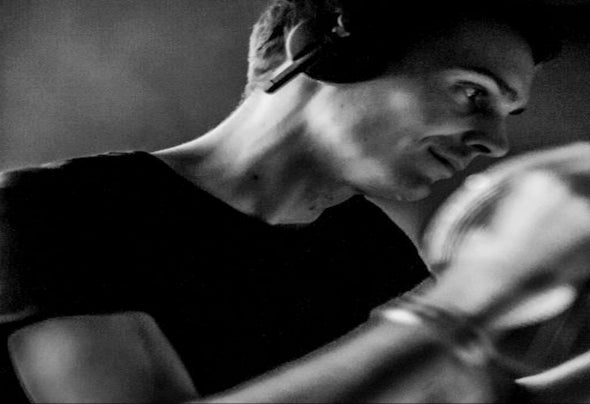 thierry has been Djing under the alias Trol since the late 90s when he actively took part of the French local electronic music scene.Always supporting the most meaningful side of music, he was very keen on playing both Techno and Drum&Bass, bringing up a unique blend of grooves and basslines. Originally based right in the German and Swiss borders gave him the opportunity to play to well-educated music fanatics in the three surrounding countries, including at Evolution and Goliath, events holding up to 10000 peoples .Looking for new challenges, he moved to London in 2003 and settles in the underground world of sound systems and warehouse parties. Between 2005 and 2010, thierry was involved with Acme Soundz and in charge of the Drum&Bass room for Family Groove. T his took him gradually to play in some of the best venues in town and abroad including the London Coronet, Seone, Mass Brixton, Cafe 1001, Lakota (Bristol), Alpheus (Rome), Mikroclub (Cagliari), Universal Dog (Lahr), Nordstern (Basel), Laiterie (Strasbourg), alongside heroes Ed Rush, Bad Company, Noisia, Cause4Concern, Joey Beltram, Marco Remus, Black Sun Empire, Dj Rush, Miss Djax, Dave the Drummer, Valentino Kanzyani,.In 2006, International-Dj Mag picked one of his mixes for its Raw talent competition and comments >> “I try to transmit a deep energy”, he says and that’s what we liked about this set – if there’s one thing this mix has in spades it’s energy for sure!> In addition, to this day we can still listen to some recorded sets playing randomly on the US radio Destroyer.net.Nowadays Deep House-Techno is the focus of his Dj sets and studio work. Many efforts are made to learn the craft of music making. While an artist exposes his vision through composing, the sound engineer enhances that same vision using technical skills requiring critical understanding of audio treatments and their applications. Gaining a diploma with Merit from the SAE institute and a degree in Music Technology at the London College of Music are helping to gain the right skills and master an all round music production process as well as developing a strong interest in multimedia including audio post production.His first release which came out in May 2013 under his own name thierry on the Birmingham based Celestial Records and gain support from artists such as Audiofly, Tom Demac, Steve Bug and Adam Beyer, while the debut album and various collaboration Eps are making good progress.