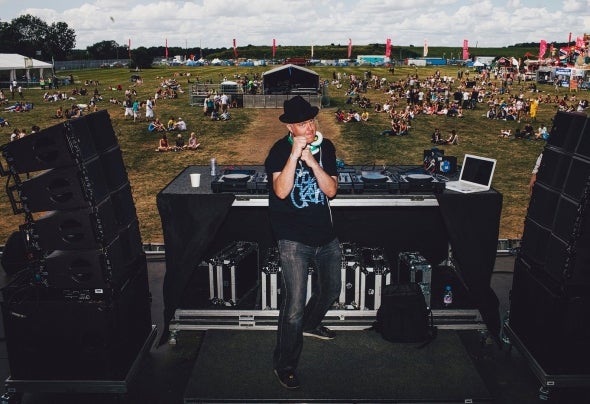 DJing on the circuit since '86, Walsall (UK) born DJ/Producer Jem Atkins hit the House scene early with his first released way back in '93. By mid 90's Jem held residencies at Crunch, Wobble, Ministry Of Sound Bar, Fun, C.R.E.A.M, Godskitchen, S.L.A.G and Atomic Jam (Bham), Goodbye Cruel World (Leics), Sugar (Leamington Spa), with many guest DJ slots around the country and overseas. His own label Havana records was the main source for releases but worked with Fabric, Soulfuric and Back2Basics to name a few. The turn of 2000 witnessed a big change in Jem's career. "Music just didn't fit with what style I represented, so took a back seat and started playing more back room/ Bar room sets which took me back to my Soul, Funk, Hip Hop roots. I even became a father so being close to home suited me." Cue the second generation of House Music lovers, and time for Jem to get back on the production trail. Within a few months DJ Sneak had signed Jem to his Magnetic label, closely followed by Arthouse, Guesthouse, Greenhouse, Erase and Supersexy, expect to hear a lot more in the coming months.