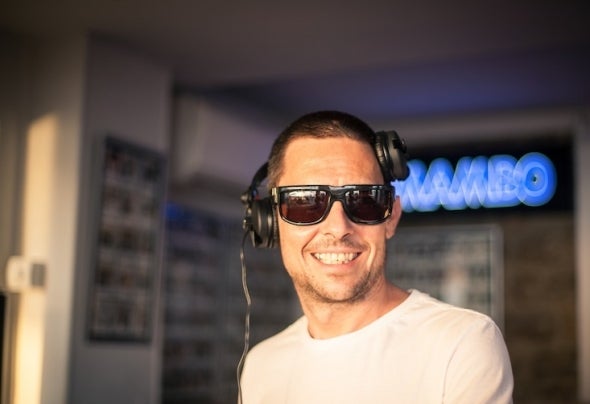 Jason started his career as being one the the first resident Dj’s at Cafe Mambo Ibiza where he still plays regularly every week during the summer.Since then he has held a 4 year residency at Amnesia, 12 years at We-Love Space in Ibiza and 3 years as the mainroom dj for Home nightclub in Sydney and London.Originally from the UK he started DJing as a follow on to his previous experimentation with Breakdance and B- boy electro beats, before moving on to Garage and House in the early 90's.Having found himself in Ibiza for a few summers he played a gig at Cafe Mambo and was subsequently asked by the owner to come back the next year as the first full-time resident dj.In the spring of 2011 Jason developed the Ibiza 971 Club Radio show which has a current audience of 260,000people weekly via his association with the Addicted To Ibiza Facebook Group Page.I play House Music all night long, you can call it what you like, Techno, Deep Jakin House, tribal garage whatever but as long as the lady's are dancin the party is rocking.