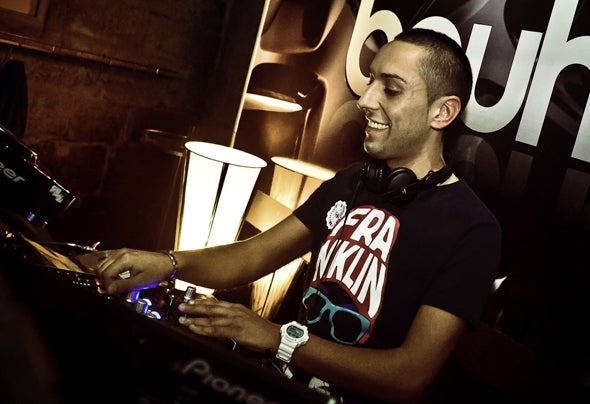 Dj and producer who began his musical career with only 5 years, studying music theory, guitar and piano. After learning about electronics in 2003, has travelled with his suitcases on Spain, and the neighbouring countries.He has performed at major festivals in the region, such as the Technological, attended several of their editions, and is currently playing at some of the biggest clubs in Spanish, certainly making his mark after each performance.At the beginning was a resident of legendary club Spigon and in Opera in Mos and in Breogain, the most legendary techno clubs that took place in Vigo.His style is a tribal techno with a touch of groovy and funky, influenced by artists like Ben Sims, Cristian Varela, Technasia, Dave Clarke, Jeff Mills, Carl Cox, develops a technique at its thrilling and amazing musical versatility, with cuts, tricks of Equalization, and efx’s scratches, on his energetic 3 turntables decks Sets.Right now , he is focus on is music productions, which produces for labels such as Kalamazoo,GT Muzik that he owns, Evolution, Invaders ... and he is also responsible for programming of Technoexperience events, promoting techno- centered event in the Iberian peninsula.Even with many concerns in the field of electronics, certain that this young talent will delight you.