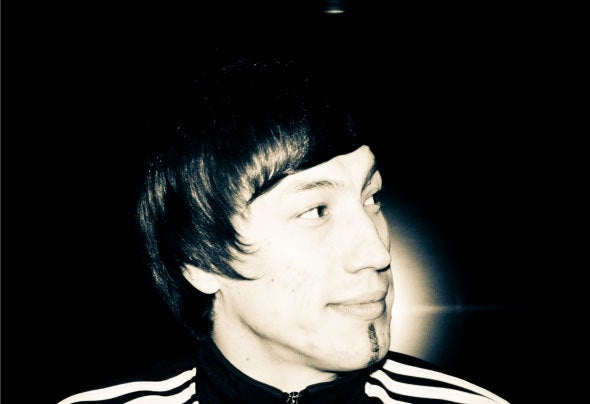 Fuma Funaky aka Mafu Nakyfu; Label owner of Green Tech records, producer, DJ and we could go like this on and on; and still we wouldnt come to an end. These are just 2 basic things which could describe this slovenian techno head from Brezice – Slovenia.His first touch with an electronic music came when he was only 14 years old (started in year 2002 ). He already knew what he want to do, what he want to play and create. He already got himself into DJing; and all he has to say is: »Techno was, techno is and techno will allways be a part of my life and i dont want to change that for no price!«As a youngster and as a new motor of slovenian techno scene, he has played in various slovenian clubs & festivals. In the meantime his wish was to create his own style and he has done it. Fuma ́s hardgroove techno sets, moving on the stage, that energy he is creating are just pointers to understand the move of Fuma Funaky. In the past few years his knowledge has gathered at his studio, where true pounding beats are on the roll. Fuma ́s music has been released on several labels worldwide: Adult Records, Insulated room,Deeperfect rec,Laus Music, Code2 Rec.,... His single EP called LAGANY STRESS , released on Green Tech rec got lots of praise, support and interest from many labels out there.In the past he worked with many well known names, such as: Dave Carke, Ivan Komlinovic,Marko Nastic,Ron Costa,Sinisa Lukic,Haris, Umek, Veztax,etc ... Soon he has realised that a new interest drop in. And Mafu Nakyfu has been created. Tech-house project based on deep tech,tech- house,house sound with his unique groove ! As a new line in his life, means only one thing: Creative and unique approach as Fuma »divided«!