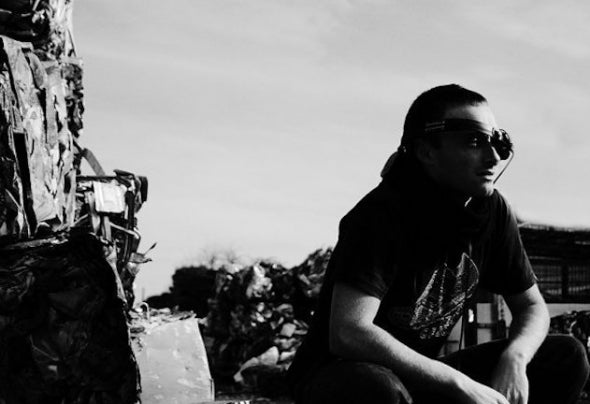 "A ship in harbor is safe, but that is not what ships are made for"  Child of an a shipbuilder, born in the time of cold war; direction Juri Paik took when in the end of 90's made a turning point and went winding way Djinga and production.  Electronic music he was making spontaneously was added on punk/new wave childhood, somewhere on prismatically oor Split's night club "Up & Down" at the end of the 90's. Gramophone and mixette slowly replaced the band and the garage.  In accord with that period influence on global underground scene, first trophy in listeners/collectionars carrier, Juri Paik founded himself in techno music. On the inuence of those days assistant of Inaf's, he explored music production and out of his expectations he ejects vinil on promo/white label, extremely inuential Missile Records from London. He is still working on production and he is one loop in Decoded Records chain where he notes couple of releases. Eliminates hiperproduction and quietly experiments in pursuits for basses wich will be incredible fashionable. As a beggining, sound of Juri Paik's sets expanded from Intec's, Terminal M's and Primate's, all to variety capilars techno and house music. From the day we entered in "digital period", he admits he values the most the german scene; because of the precisely production and also because superior visual identication under strong inuence from Berlin, and in sets he promotes organic notes in at rst non-emotional hypnotized modern age sound. With experience he got the chance to take over gramophones in Dubrovnik, Belgrade, Sarajevo, Zagreb and most of dalmatians night clubs and underground club evenings in the last 10 years. He is also an all time dj at fashion shows in Split.