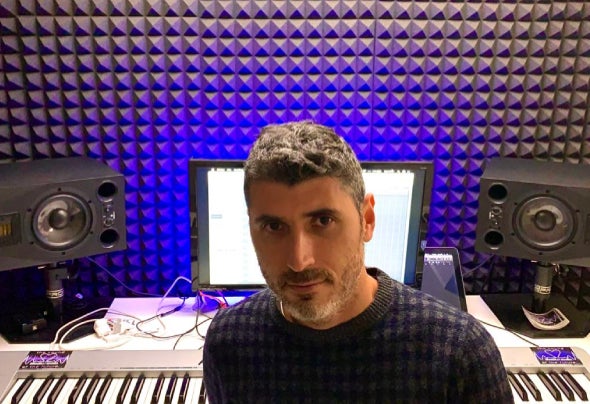 Riccardo Lippi aka Ricky kk, was born in 1981 in Italy where he still lives.  The passion for music led him in 1996 to begin to play in the best parties of the Tuscany hills and coast but not only. In 2002 he started to play the best house clubs of Italy as "Frau" (Torre Del Lago-Italy), "Baia-Matinèe" (Viareggio-Italy), and many other minor clubs.  In 2010 he became owner and A&R of the HouseBeat Records label which works with many important house-music DJs, many of which are a columnist on DJ Mag. In the following years it becomes owner and A&R also of the sublabel HBR Music, Urban Legend Recordings, Orange Bridge Records, PlayaSol Music.  In 2015 has started to play on Ibiza Global Radio as a regoular guest in "Deep Fusion" and "Various Artists" broadcast and guest in some clubs of Ibiza as "Aperture" (Bahia San Antonio), "Le Terrazze (Cala Vadella) with Bruno Bolla and Friends, and many more...In 2016 has started to play sometimes also on Ibiza Live Radio and for the first time plays at Tantra Bar (Ibiza).  In 2017 has started to play on Ibiza Global Radio as a regoular guest in "Ibiza Dance" broadcasted every day, and "Shamkara Radioshow", broadcasted every Saturday morning from 10 am to 11 am CET.  In 2019 he was assigned a space of one hour every Sunday from 18:00 pm CET (In the winter season), and every Tuesday morning from 3:00 am CET (In the summer season) on Ibiza Global Radio for his main record label, in fact the radio show is called Housebeat Records. The labels with which he released so far are these: HouseBeat Records, Oto Music, Younan Music, i Records, Cuff, Monique Musique, Piston Recordings, Urban Legend Recordings, Orange Bridge Records, PlayaSol Music, and many more..