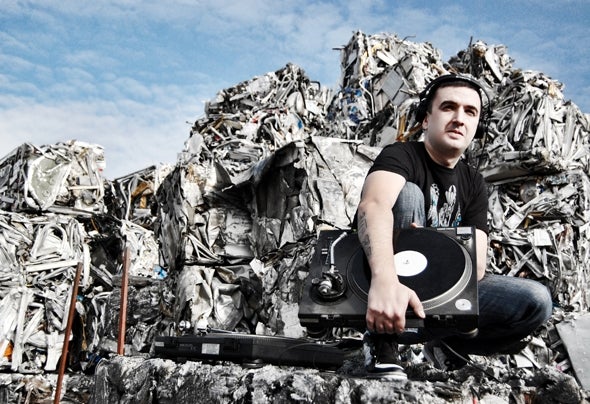 Born in 1980. in Sibenik, Croatia. Made his first contacts with electronic music through house and tech-house parties. From that point, his involvement in music, and the local scene in general, became bigger and bigger as he eventually found himself emerged in techno. Today, his sound can be described as funky techno with tech-house and electro twist, and a plenty of native tribal feel, which is almost as a signature, always present in his production work. In the year 2003., he teamed up with his long time friends Aztec and Tom D Vox under the “Incognito Project” moniker and in short time produced a number of succesfull EP’s for various prestige record labels, such as Bad Girls, Pitch, Monoid, Bassethound and Cobra, giving him a chance to be on the same label as Valentino Kanzyani, Bryan Zentz, Alexander Koning, Marko Nastić, Alex Flatner, Adam Jay, Mark Williams... Their t rack Incognit o Project – Dojoja was very successful and has been sold out in just few weeks and has been charted by many great world dj’s and by one of the greatest dj’s Carl Cox. Their second great success was track Incognito Project – Flying Bass which has been taken by Carl Cox in his mixed cd Carl Cox Ultimate which has been published by one of the greatest music institution Ministry Of Sound, and that track has been released on Edy C.’s label Decoded Records. Also, in less than two years from his first contact with the turntables, he had a residency in the “Inside” club under his belt, as well as two party serials called “Newcommers” & “Friends To Friends”, which he organised with his “Incognito Project” crew, and which proved to be a great medium for his further development as a DJ. In the summer of 2005 Edy C. and Incognito Project crew, organized big festival under the name ‘‘Electro- Funk’’, one of the bigger electronic festival in Croatia. Edy C. is working and playing with most world’s DJ’s such as Carl Cox, Westbam, Rolando, Oxia, Deetron, Funk D’ Void, Aril Brikha, Lucca, Marko Nastic, Jel Ford, Alexander Koning, Veztax, Killian’s, Dejan Milicevic, Alex Flatner ... After 4 years of hard work Edy C. has opened his digital label Decoded Records in January 2007. which is oriented on techno sound and which has got in the beginings a big support from many greatest dj's on t he world & Decoded Mini Records which is orient ed on Minimal & T ech House sound. Edy C. has played in countries like Spain, Germany, Austria, Hungary, Slovenia, Serbia...and we shold also mention gigs on EXIT festival which is one of the biggest festivals in Europe and gig on Discotheque Riva where he played for almost 20000 people!To sum things up - artist whose fast development already producer more than enough results and whose DJ sets, as well as his production work, keep people sticked to the dancefloor until the last record spinns. For sure, one to check out!