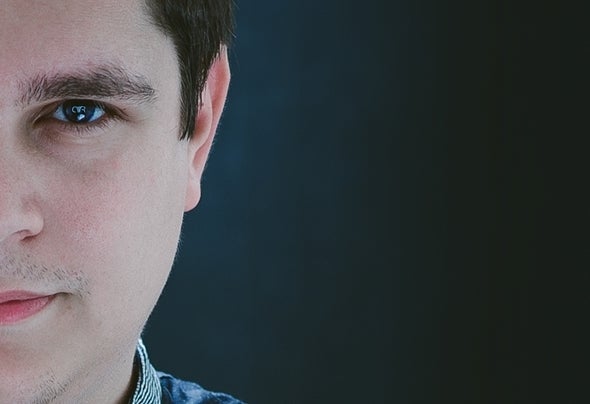 Sean Jay Dee has established himself as a major force on the Romanian dance scene over the last five years, and is now poised to make his mark worldwide. As a DJ and producer, he has perfected his craft both in the clubs and in the studio, and already has an impressive back catalogue of releases to his name.Sean cut his teeth as a DJ and promoter in the city of Iasi throwing parties and playing alongside Roger Sanchez, Mark Knight, Satoshi Tomiie, Tom Novy, Nic Fanciulli and others. He soon earned a strong reputation for his energy and professionalism.As the founder and driving force behind the Crossworlder family of artists and labels, Sean has pursued a vision that embraces many shades of dance music from soulful, jazzy vibes and nu-disco to driving electro-funk and deep tech grooves.As an artist, Sean has released a succession of tracks on labels like Crossworld Records, Crossworld Vintage, Purple Sun Records and Slick Records. Highlights include the dancefloor bomb ‘To a Mockingbird’, the funk-fuelled ‘Ma Baby’ and ‘Spell’ featuring the vocals of legendary Romanian blues singer Canaf, and recent collaborations with Crossplayers, ‘Maiya’ and 04 AM’. He has also performed with live vocals from Canaf and a funk band adding another dimension to musical vision.2013 has been a superb year for Sean with the release of his ‘Crossworlder 7: Barcelona in a Groove’ compilation featuring some of the best Crossworlder tracks of the year and Sean in the mix. He also has a new bi-monthly compilation on Crossworlder Music showcasing the group’s latest releases. There have been a selection of guest mixes on radio shows across the world, and Sean will be playing at the forthcoming Crossworlder parties in Barcelona and London.2014 will see several new releases from Sean including studio partnerships with Luca M and JUST2, the guys behind acclaimed tech house label Get Funky Music, and other international collaborators. With increasingly demand for his DJ skills and growing international recognition for Crossworlder, Sean Jay Dee is poised to spread the love and bring his sound to a global audience.