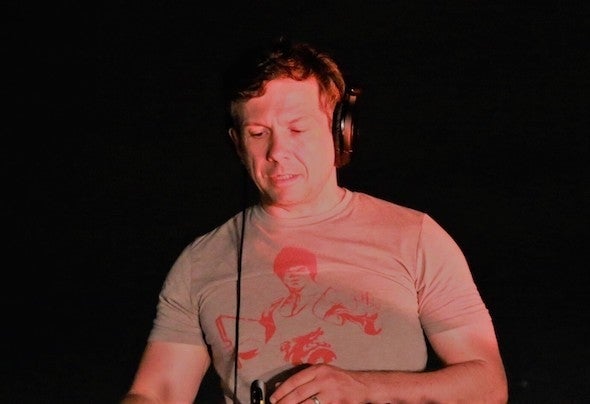 Gatto is a purveyor of the arts who’s been deeply involved in the NYC arts scene for nearly two decades. Through the organization he founded in the early 2000’s- Art for Progress (AFP), he produced over 50 major art & music events from NYC to Miami and San Francisco. While running AFP, Gatto was also pursuing his own creative endeavors- spinning vinyl at underground parties in downtown NYC. People started noticing him among the city’s dance music world, and his high energy style garnered attention in the scene. Soon after, he was offered gigs to play opening sets for some of the bigger names in dance music at the underground clubs and bigger rooms across NYC. Opening for Derrick Carter at Sleepy + Boo’s party at Sullivan Room, and playing the main floor at Crobar set the stage for bigger things. Opportunities to travel to San Francisco to play at 1015 Folsum and Miami’s WMC alongside the likes of Josh Wink, Tommie Sunshine and Andy Caldwell followed. Back at home, Gatto maintained his presence in the art scene playing at NYC’s Fashion Week shows, magazine launch parties and underground art parties. After countless hours working in the studio, Gatto’s first release, “Deep Twist” came out on Brooklyn’s 3 Bridge Records in 2016. In early 2017, Gatto’s next release, “Spaced Invaders” was lauded by DJ Mag Espana as the highlight of Flemcy Music’s “Brighton” compilation. With the success of “Spaced Invaders” the label released an EP with remixes later that year. Gatto’s refusal to fit into a certain style and his desire to let the creative process drive his productions, have led to releases on diverse labels such as Deep Sessions, BQ Recordings and Spain’s deep house imprint Soleid Music. Gatto’s dance remake of the classic “Cherokee People” released on Soleid in 2019 has become a fan favorite on Spotify.