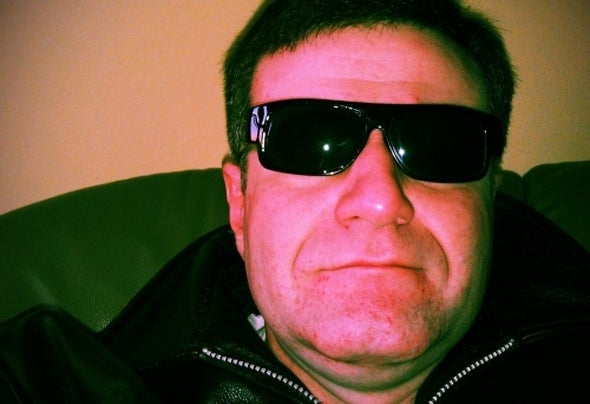 Gino Love was born in Ukraine April 19,1971 to Classical Musician Parents.In 1979 his family moved to NY where the 8 year old fell in love with Disco, Soul and Garage Music. As a preteen he frequented a local roller rink and spent most of the time watching the DJ. At the age of 15 Gino moved to long Island where he became a regular at all the teen clubs and made friends with all the djs which he studied very carefully.After making tapes for friends and spinning at parties Gino got his first real job at a roller rink where he introduced Garage and Underground House Music to a mostly Pop crowd. By his late teens Gino had a collection of analog keyboards and a computer.By the age of 19 he was a known figure at some of the hotspots on Long Island and became known for his ability to introduce new music styles to the crowd. By the age of 21 Gino had resident spots at popular clubs on Long Island and New York City.As his hands on experience grew, Gino Launched DJ Gino Productions.After perfecting his home studio and engineering and production style Gino founded Kozmik Funkshun Records and started releasing Deep House and experimental Electro 12"s with his close friends.His productions were noticed and played by the biggest names in the industry and started selling worldwide. By 1996 Gino was a staple in the club industry with a full schedule at his favorite clubs and on several FM radio stations. By the late 1990's Gino was producing and engineering for some big names and playing at the most legendary clubs in Manhattan. Gino continued a full work week as resident and guest DJ and even threw parties at the biggest clubs in NYC and his guestlist drew record crowds.Today Gino still DJs full time and KF Records is distributed globally via sites like itunes, amazon, cdbaby, emusic, google, rhapsody and more. His productions are stronger and more frequent than ever.