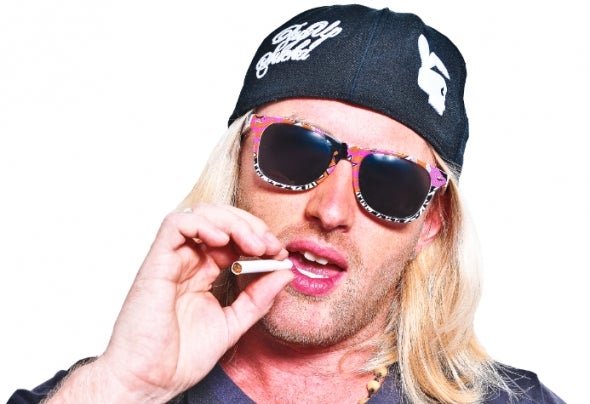 Jamie Van Goulden filled with an enormous presence, delivering a dose of up-tempo energy direct to the jugular of any wanting dance floor, with his own unique style of up-front electronic music.He began DJing back in 1997, in Manchester University studying music production, media and marketing. More recently, he’s hosted the infamous MAN/IBZ (Manchester/Ibiza) link-up parties for four years at his nightclub, MODA, bringing a unique party ethic to the North-West of England. He works with FRISKO brand and is also member of the international brand Looking Glass records, ODA.Jamie was busy DJing and promoting events throughout UK and in 2009 he moved from UK to Vancouver, Canada. In his debut year he received “Vancouver Nightlife Awards” for “BEST ELECTRONIC DJ 2010”. Jamie was honoured to win the same award for a second year in 2011. He continued to crank out over seas gigs in Holland, France, Estonia, Russia, Sweden, Portugal, Mexico, Panama, Switzerland & Ibiza. Fusing deep house, funky house and electro, Jamie is always happy to throw in a few surprises thrown in for good measure.Late 2011 he was head hunted to take a residency in Panama City, Panama, at the hottest new nightclub “The Drake”, being designed by world-renowned Francois Frossard of Opium Group fame. The venue also boasts a Gary Stewart Audio sound system and lighting design by SJ Lighting. Visit http://www.thedrakepanama.com for details. It is here Jamie produces and hosts his own weekly radio show “The Weekend Has Landed” every Friday at drive time. http://www.facebook.com/LLegaElWeekend and is constantly in the studio working on his productions. He continues to tour extensively and tear up dance floors around the World. BOOM!http://www.facebook.com/jamievangoulden https://twitter.com/#!/GouldenVan ht t p://www.myspace.com/jamievangoulden ht t p://www.mixcloud.com/t hedrakepanama/