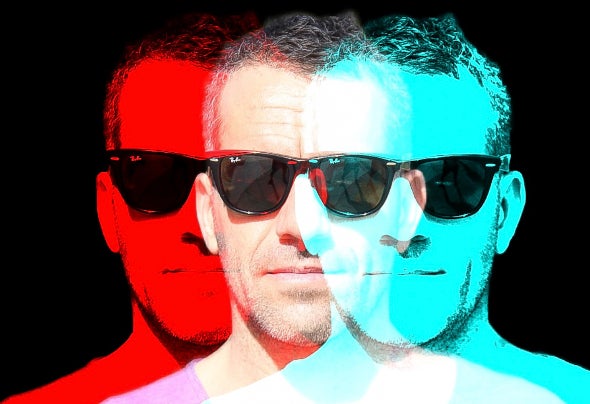 DJ/Producer David Tort is one of the most influential Spanish artist in the global electronic music scene. His success is the product of both, his distinctive studio work and his in-demand DJ sets all around the world. Both sides have made him a household name in modern club culture. Djing for over 30 years, David has been also brewing his studio sound cultivating a unique and diverse musical personality understood both by clubbers and industry alike. His discography includes remixes for Carl Cox, Tiësto, Nelly Furtado, Kelly Clarkson, David Guetta, Bob Sinclar and Gui Boratto to name a few, in addition to original productions like “Strangers”, "Lost In Acid", "Jack It Up", "One Look" or the cover of "Chase The Sun" with Norman Doray which reached #2 on Beatport's main chart for three weeks in a row. David released music with the who's who of dance labels including Toolroom, Spinnin Records, Doorn Records, Stereo Productions, Bush records, Musical Freedom, Size, Flamingo, and Zerothree, in addition to launching his own label, HoTL Records. In 2017 David's collaboration "Strangers" with Markem, Yas Cepeda, and Ella Loponte has made waves via Tiesto's AFTR:HRS, sound tracking Miami's WMC as one of the top buzz tracks. The record remains a mainstay in the Beatport Top 100 charts and in dj sets worldwide for over a year since its release. With more than 11 million plays on Spotify and more than 3 million views on Youtube “Strangers” keeps going all over the globe. You hear the record being played in clubs and radio stations every weekend. As important as his studio work are his live gigs. From his 6 years residency at his second home, Space Miami, to Summerland, Tommorrowland, and WeAreElectric festivals, David's marathon sessions never disappoint. He has played parties for DJ megastars Swedish House Mafia, Avicii, Tiesto and Sander Van Doorn, and is the only Spanish DJ to perform at the Playboy Mansion in Beverly Hills.X`