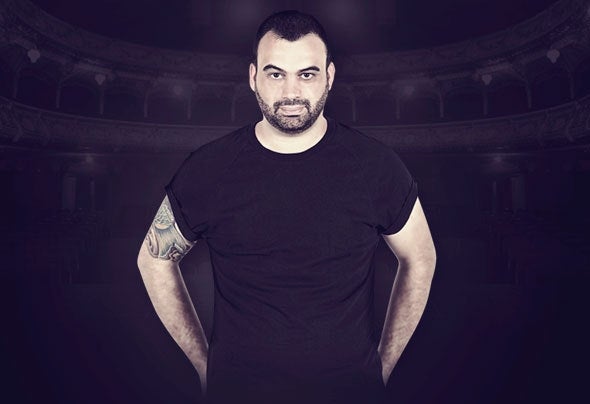 Versatility, Sensibility and Experience define the profile of David del Olmo, the talented European DJ wanted on major discotheques around the world. Since the beginning of his career in 1993, Talavera de la Reina (Spain), David del Olmo has been well known for his knowledge about audiences and trends. On 2003, after a successful career in Spain, not only as a Dj but also as a radio entertainer and party producer, David started to be called by discotheques from other countries. His performances in Europa, Usa, Ecuador, Venezuela, Colombia, Peru and Brazil, have put David in the center stage of the electronic music world. David's sessions, fresh and intuitive based on Progressive-House, stand out for its perfect creative development that makes them thrilling and addictive, also putting together other House music styles, as the Tribal, Electro and the classic-commercial House, which he have personally refined using his talent for music composing. David's knowledge about the world music market, his business skills and creativeness add a touch of class to his performances and make them different from others. David also enriches the sessions with great visual attractions, as his original settings, first cut projections and live performances that add instruments to the electronic music (as violin, sax, guitar and drums) making each presentation a fantastic experience. With great international background David del Olmo is today one of the world class DJs most wanted