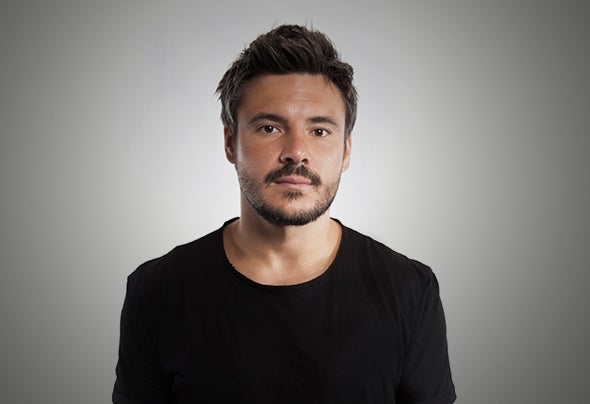 Rio Dela Duna is native of Sète in southern France, fascinated by "Disco" music since his childhood, he discovers in the late 90s the "House Music" phenomenon which pushes him behind the desks. He meets many DJ's, especially Brown Sugar and Niko De Luka, with whom he founds the label Suka Records in 2008 and become the label manager. While participating in several annual conferences in Miami (WMC), Amsterdam (ADE) and Ibiza (IMS), he expands his international network and forges strong connections with the main actors of the industry.In 2012, he joins the German group HOUSESESSION, Stuttgart based, with which he creates his own label VAMOS MUSIC. By signing world-renowned artists such as Robbie Rivera, Ron Carroll, Cece Peniston, Federico Scavo, Robin S, Peter Gelderblom and Antoine Clamaran, Vamos is quickly becoming an unavoidable label of the House scene regularly featured by BEATPORT, the main electronic music sales website. He takes care of some promising artistslike the French Juanito and Axel Fowley, the Colombian Andy Rojas, the Norwegian Charlie Roennez or again the Mexican Jeremy bass, whom he makes evolves through the label. Rio Dela Duna partly promotes his tracks by producing his own show the "Vamos Radio Show" which is now broadcasted on severalFM waves around the world. One year later, in 2013, he creates the label "little brother" of Vamos, CHECK IN RECORDINGS, with the idea of developing new comer artists in a more underground spirit. Full biography on https://www.facebook.com/riodeladunaofficial